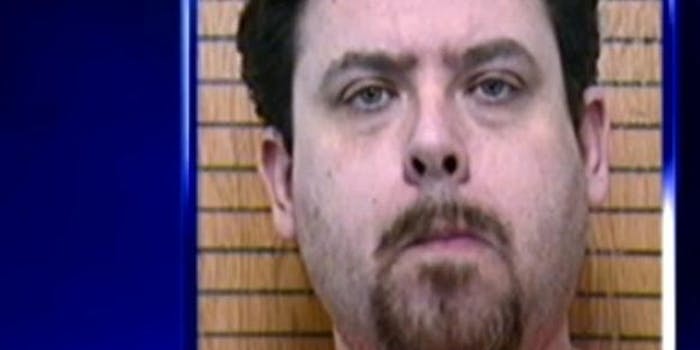 Glenn Allen Kirkham, 34, was arrested for a 4chan post threatening to attack the town of Casper, Wyo. Kirkham claims he had no such plan, and was merely trolling.

An Oklahoma man was arrested by the FBI Monday afternoon, about five hours after threatening to attack the town of Casper, Wyo., in a post on 4chan.

The post Glenn Allen Kirkham, 34, made on the site’s random image forum, /b/, announced his plans to use two pistols, knives, and some carpentry tools to attack Casper and “give my life for your freedom.”

Kirkham was arrested Monday after the Natrona County Sheriff’s Office and the FBI received numerous calls, Oklahoma’s KOCO reported. The calls also forced police to shut down schools across the county.

In one anonymous post made after the arrest, the 4chan community claimed Kirkham was just trolling the authorities and not actually serious in his intent.

“So should we bail Glenn Allen Kirkham out?” the post read. “He did after all troll plenty on here into believing it enough to sit around listening to the Casper police scanner & apparently a few of you white-knighted on him.”

The campaign to bail Kirkham out received few responses, and the post has since expired.

When confronted by the FBI at his apartment,  Kirkham claimed his 4chan post was a “work of artistic falsehood,” and pointed to a 4chan disclaimer that anyone would be a “fool” to believe postings on the site, The Casper Star-Tribune reported.

In an alleged follow-up post, Kirkham claimed the threat was supposed to be a sort of sick joke.

“I never said anything about a school or killing people…I live about 18 hours away from Wyoming, so even if I did get backtraced and V&, they would know that I had no way to carry out any threats that far away in 1-2 hours,” Kirkham wrote, according to the Star-Tribune.

Kirkham is being held in Grady County Jail.

While voting-related pranks have kept 4chan busy the past three months, it has not lost its reputation as a vessel for disseminating violent threats. In September a Washington State high school was closed after an anonymous user who promised to take his fathers submachine gun to Skyline High School in Sammamish and “open fire on the people in the commons until I am taken down by our schools police officer, or until I run out of mags.”

A Reddit user posted a screengrab of the 4chan post to the r/WTF forum, where users questioned its authenticity because of a missing timestamp.

About a month later, 4chan’s /b/ community turned its wrath on aspiring director Michael Gallagher after it was revealed that the imageboard was the inspiration for the villain in his new horror movie.