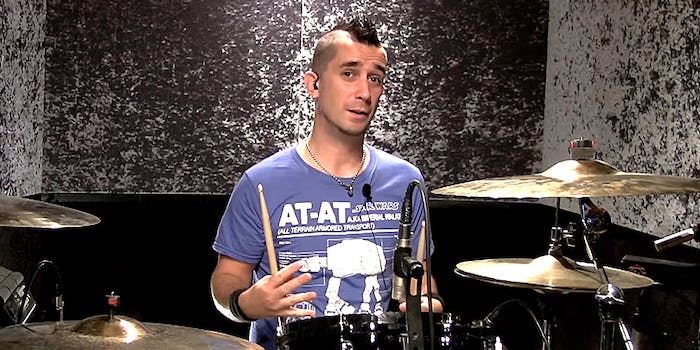 ‘I have no negative feelings’: Offspring drummer Pete Parada out of band for not getting COVID vaccine

Parada says his decision to not get vaxxed is for medical reasons.

Pete Parada, the drummer for the Offspring, revealed that he was asked to leave the band for refusing to get vaccinated.

In an Instagram post, Parada, who’s been the Offspring’s drummer since 2007, said that “Since I am unable to comply with what is increasingly becoming an industry mandate, it has recently been decided that I am unsafe to be around, in the studio, and on tour.”

Parada, who says he had COVID-19 last year, elaborated, saying his “doctor has advised me not to get a shot at this time.” He cited a history with Guillain-Barré syndrome, a rare neurological disorder that Parada seems to suggest was the result of childhood vaccines. GBS was reported in a small number of cases involving the Johnson & Johnson vaccine last month, though not Moderna or Pfizer.

However, he goes on to state that “I do not find it ethical or wise to allow those with the most power (government, corporations, organizations, employers) to dictate medical procedures to those with the least power.” The comment section is filled with messages of support, as well as vaccine and COVID misinformation.

The Offspring has a tour lined up for the fall, including quite a few festival dates. The band hasn’t posted an official statement on the departure, but Offspring singer Dexter Holland has a Ph.D in molecular biology, so this decision isn’t that surprising.