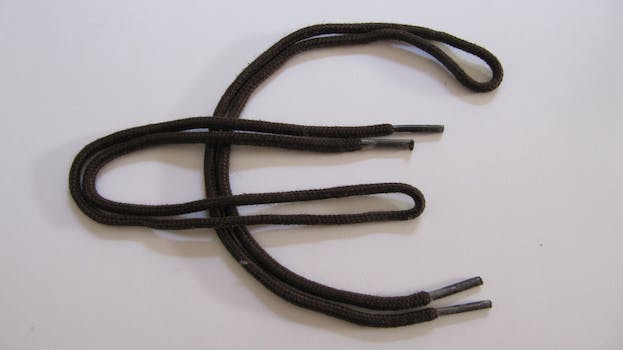 Wikipedia for the Weird: Odd facts about aglets

How many times have you stopped and wondered, "What's the proper name for those things on the ends of my shoelaces?" Hopefully never. Otherwise, consider therapy.

How many times have you stopped and asked yourself, “What’s the proper name for those pieces of plastic on the ends of my shoelaces?” Hopefully never. Otherwise, consider some sort of therapy.

Then, once your therapist/bartender has deemed you fit to re-enter society, your next step would be to access a Wikipedia page made just for you: Aglet.

It’s a four-section page devoted to anything and everything you could possibly wish to learn about plastic shoelace pieces. For example (and this is stated within the page’s opening sentence), aglets are not limited to just shoelaces. Cords and drawstrings, such as those affixed to window blinds, may also sport them.

“An aglet keeps the fibers of the lace or cord from unraveling; its firmness and narrow profile make it easier to hold and easier to feed through the eyelets, lugs, or other lacing guides.”

You know that piece of plastic’s name. Now you’re wondering about its etymology. Right?

Someone out there devoted at least part of his or her life to ensuring that the aglet’s word history was properly traced.

“The word aglet (or aiglet) comes from Old French aguillette (or aiguillette), which is the diminutive of aguille (or aiguille), meaning needle. This in turn comes from acus, Latin for needle. An aglet is like a small needle at the end of a cord.”

The Etymology section fails to explain why English-language-speakers did not cast aside Latin-based Old French words when constructing their vocabulary and instead just called such devices “small needles.”

Next, the Aglet page treats readers to the various styles of aglets, with some historical data to boot. For example, in the Shakespearean era, it was not uncommon for aglets to take on the shape of small figurines. There is a very important, historic reason for this: It was the Shakespearean era and there was really not too much else to do.

At the end of the page, users can follow the sole external link to, of course, the Aglets section of Ian’s Shoelace Website.

The true beauty of the Aglet page lies in its Talk section, which is easily three times longer than the actual page itself. A quick scan of the Talk section reveals some truly interesting facts:

Hopefully, Wikipedia’s Aglet page and its unintentionally entertaining talk section have answered any and all inquiries you may have about tiny, fiber-uniting pieces of plastic. If it hasn’t, however, maybe you can visit Ian’s Shoelace Site for additional assistance.