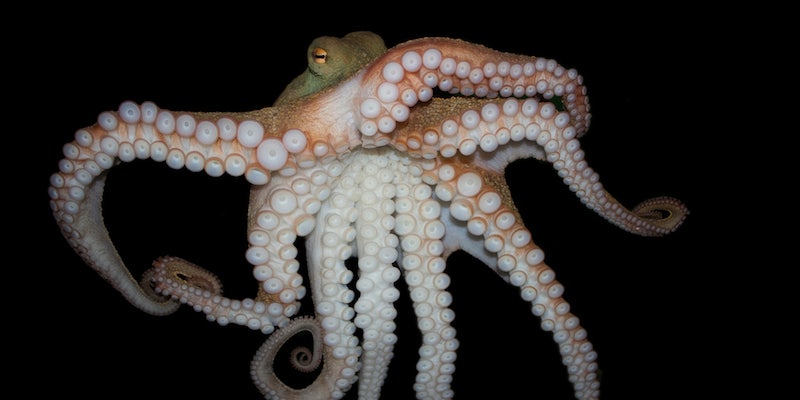 This is the Houdini of marine life.

An Alaskan boat crew who had captured an octopus figured that they had won the battle with the creature once it was onboard. After all, the cephalopod stood no chance of escape. Obviously, its next stop would be the dinner table at some seafood restaurant.

The lone dissenter, experienced boater Chance Miller, happened to be filming the catch, and he figured that the animal could escape through a tiny hole in the boat that led directly to the ocean. The rest of the crew laughed off the idea.

“It’s like trying to get my wife in her wedding dress,” scoffed one crew member. “It ain’t gonna happen.”

They should have listened to Miller.