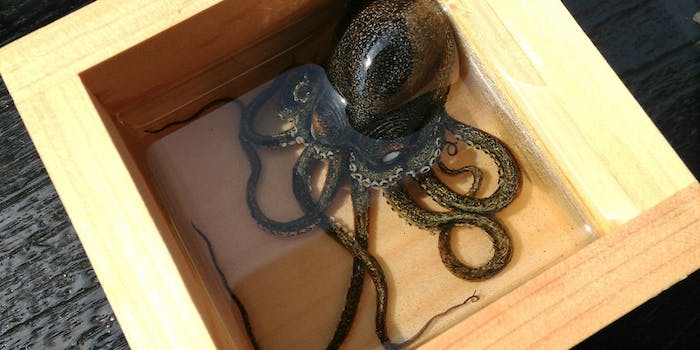 Octopus leaps from the sea, drags a crab to its horrific death

This octopus will eat you and everyone you care about.

If you’re an underwater cameraman or a shark, it’s understood that crossing the path of an octopus is a fool’s errand. They will attack with aggressive, indiscriminate fury.

But that wrath was long-assumed to be a strictly underwater danger. Then this happened in Yallingup, Australia—apparently over the weekend.

If a stout, muscular crab can’t ward off a leaping cephalopod on its home turf, there is no hope for humanity.H/T Gawker | Photo via Keng Lye/Flickr (CC BY 2.0)