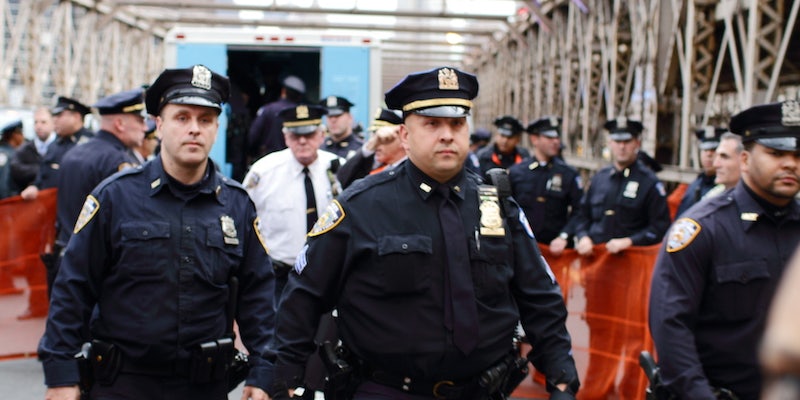 In an age where bystanders commonly use their phones to document abuses of power by law enforcement, it’s understandable that police want to turn something like Twitter to their advantage.


Too bad most civilians aren’t interested in burnishing the NYPD’s reputation for them, as they so politely requested in a hashtag campaign that was doomed from the outset.

Do you have a photo w/ a member of the NYPD? Tweet us & tag it #myNYPD. It may be featured on our Facebook. pic.twitter.com/mE2c3oSmm6

The initial replies were friendly enough but soon overwhelmed by a wave of righteous scorn.

#NYPD Keeping the Streets Safe. Show some love, and send your pics with #MyNYPD hashtags! pic.twitter.com/Sk31xWjQMp

Here the #NYPD engages with its community members, changing hearts and minds one baton at a time. #myNYPD pic.twitter.com/GErbiFFDvY

Free Massages from the #NYPD. What does YOUR Police Department offer? Tweet at #MyNYPD pic.twitter.com/IFWr8exuqH

Need a mammogram? #myNYPD has you covered! Forget Obamacare! pic.twitter.com/Fusv3WhiRZ

#MyNYPD murders people in custody, and because of corruption in the system,the DA decides that charges won’t be filed pic.twitter.com/nr8m09aUtP

how #myNYPD treats 16 year olds who say “no” to being stopped and frisked: https://t.co/awb00Qxeon pic.twitter.com/MhyArnHKXK

Oh, dear. That didn’t go quite as planned, now did it?