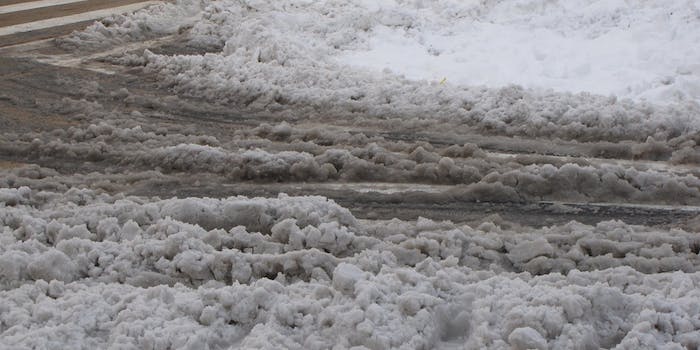 Kids can be so cruel.

Back in my day, you knew the schools weren’t closed for snow if you never got a call saying so. There was nobody but your parents to complain to when the thing didn’t swing your way, and they pretty much ignored your whining. But when the kids of New York woke up this morning to find their city coated with a dangerous, icy slush, they were positive it meant canceled classes—and livid when they heard otherwise from the @NYCSchools Twitter account.

As if the withholding of a snow day wasn’t bad enough, the Department of Education also made the decision to cancel all field trips. Regular algebra instead of a planetarium visit? Devastating.

All schools are open today, Wednesday, February 5, 2014. However, all field trips are canceled due to weather http://t.co/2xRLoW1gIE

All field trips are canceled today. All other programs, including afterschool and PSAL activities, are operating normally

The vitriolic replies were also remarkably swift and exacting.

“@NYCSchools: All schools are open today, Wednesday, February 5, 2014. However, all field trips are canceled due to weather” die

“@NYCSchools: All schools are open today, Wednesday, February 5, 2014. http://t.co/AfWtDOeTY3” I hope you choke on the snow outside

“@NYCSchools: All schools are open today, Wednesday, February 5, 2014. However, all field trips are canceled due to weather” DUMB DUMB DUMB

There were, additionally, a few harangues and litigious threats (and not just from kids, either).

@NYCSchools Fariña needs to open some windows & realize that there’s a snow storm outside! So far she’s been a horrible chancellor !

@NYCSchools private schools= closed. Over 2,000 flights are delayed. Icy roads, hazardous conditions. If I get hurt, going to be a lawsuit.

@NYCSchools really? This city says it’s dangerous so we send our kids out in it? http://t.co/LiqdcsINsU

@NYCSchools what is the point. So stupid

Just hang tough till you get to college, people. They cancel classes for anything there.