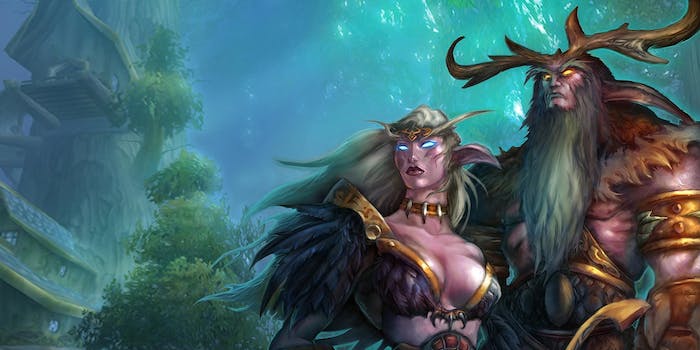 NSA agents were assigned to infiltrate ‘World of Warcraft’

No, it's not a joke: The NSA has spies inside World of Warcraft.

Avatar, the James Cameron blockbuster in which a government agent projects himself into the form of a made-up creature to infiltrate a community and gather intelligence, was supposed to be just a movie.

But according to the most ridiculous documents yet leaked by National Security Agency contractor Edward Snowden, the NSA had a program dedicated to tracking immersive online video game worlds including Second Life, World of Warcraft, and XBox Live.

That’s according to a classified memo from 2008, published Monday in a joint report by Pro Publica, the Guardian, and the New York Times.

As absurd as the program may seem, consider that it was created in response to the NSA’s fear that terrorists had actually moved to the world of online games to cover their communications. The agency had, as we’ve seen through other Snowden documents, created programs where it could tap the backbone of the Internet to track practically any standard online communication, like emails or chat. But filtering all that information as it comes through in-game chats is a whole other ballgame.

“With over 10 million users worldwide, WoW may be providing SIGNIT [signals intelligence, the NSA’s basic goal] targets a way to hide in plain sight,” the document said. “With a few exceptions, NSA can’t even recognize the traffic, and therefore it is impossible to […] determine how targets are using the communications features,” the document said.

And it wasn’t just the NSA. The FBI and CIA also had agents in the games, as did the NSA’s British equivalent, the Government Communications Headquarters (GCHQ). Agents were so prolific that they created a “deconfliction” group to avoid confusing each other.

Those agents who immersed themselves in games had multiple roles, including attempting to recruit informers and to collect communications between players. However, it’s not clear that much good came of the program: Multiple intelligence officials and gaming company employees told the Times that they were unaware of any successes achieved by the program.