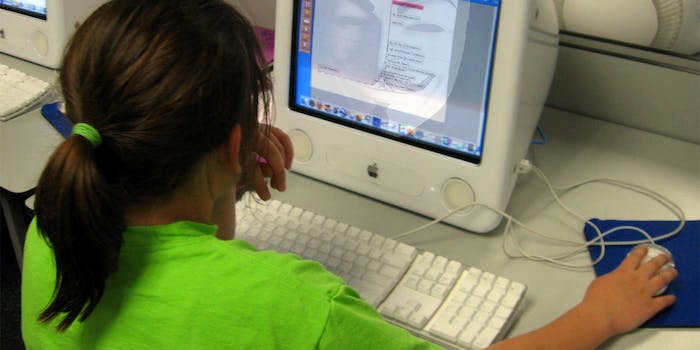 Bryllupet is 12, wants to be a veterinarian, and is getting married this weekend—unless we can stop it.

Meet Thea. She’s a 12-year-old girl living in Norway. She’s in seventh grade, loves taking selfies, and wants to be a veterinarian. But her life is about to be changed forever. On Saturday, Oct. 11, she is getting married.

Does this sound suspicious? It should: Thea is not actually getting married. Her blog is part of an online campaign by Plan International called #StoppBryllupet. The goal is to increase awareness about child marriages by giving people a first-hand look at what it’s like to be a child bride.

Thea writes regularly on her blog about her upcoming wedding to a 37-year-old man named Geir. A lot of her writing is relatively innocent, like shopping for dresses, trying different cakes, and sharing pictures of the church. But, underneath it all is a sense of dread and fear—including wondering what sex is going to be like, giving up her dreams, and worrying about getting pregnant before she’s ready to have a family.

“I have been really slow to unpack and clean for when I move, and when my mom saw how little I had done, she was pissed and said I had to stop acting like a child now that I will soon have my own family,” Thea writes, translated through Google. “What did she mean by that exactly? Think she wants me to get my own children soon? I know that it is normal when you get married to, especially if you have sex and stuff.”

According to the United Nations Population Fund, or UNFPA, about 140 million underage girls are expected to be married off in this decade, or about 39,000 every day. While it’s relatively uncommon in the United States, about 260,000 Mexican women in their early 20s have reported that they were married before the age of 15. India has the most child marriages based on numbers, but numbers show about 75 percent of girls in Niger are married before they’re 18 years old.

Child marriages are often arranged by families, either because of economic reasons or to ensure the girl’s virginity to her husband. UNFPA officials say child brides are more likely to suffer physical and sexual abuse, and often are injured or killed from complications in pregnancy or childbirth. They’re also often cut off from their families and are more likely to drop out of school without a full education, according to the Council on Foreign Relations.

“My dream has always been that I want to be a vet, because then I can work with horses … [But] Mom said that I do not really need to work or go to school now that I’m marrying Geir,” Thea writes. “He will take care of both of us.”

Plan International is calling the wedding ceremony a “symbolic demonstration against child marriage.” It is happening at 10am ET this Saturday, and can be attended through Facebook. The campaign hopes enough people speak out on social media through #StoppBryllupet to actually stop the wedding before it happens.