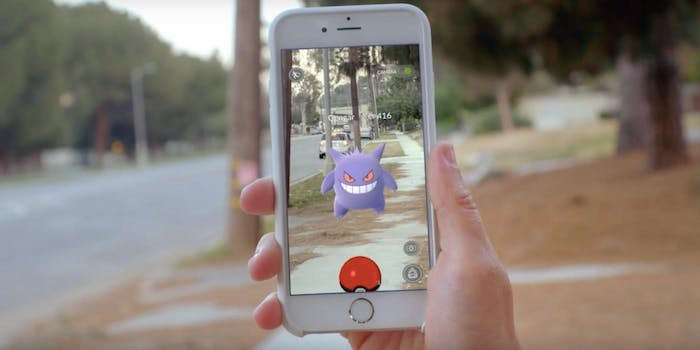 ‘Telephone goblins’ is actually the perfect way to explain Pokémon

A lot of awful things go on in North Korea, with a whole lot more that we know very little about. Likewise, the Democratic People’s Republic of Korea probably feels the same way about the United States and is always trying to figure out what we yankees are up to—including Pokémon Go.

Looks like North Korea has finally gotten the gist of Pokémon‘s impact on the United States. Or, as they like to call them, “telephone goblins.”

OK, so this isn’t actually the DPRK’s News Service. It’s a satirical Twitter account, but it really does nail what we’d imagine is the voice of North Korea’s regime. And honestly, they aren’t wrong about these damn Pokémon being telephone goblins.

People have been totally obsessed with leveling up and filling out their Pokédex on Pokémon Go that we totally would believe players would forget about their wives and husbands while in search of the perfect Vaporeon. Also, Pokémon literally comes from the term “pocket monsters,” which isn’t too far off from telephone goblins. The label from fake North Korea sounds like just a technological update or the results from a 5th grader tasked with whipping up synonyms.

Even if the economy does crash with people leaving their jobs to play Pokémon Go, at least we’ll still have our Pikachus.