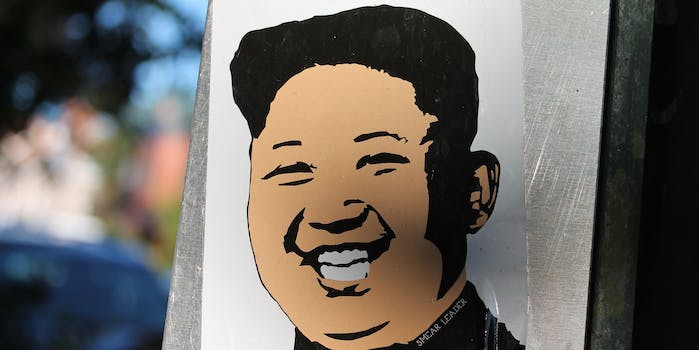 North Korea solves all its problems by banning sarcasm

This is going to work so well.

From famine to failed missile launches to the rest of the world roasting its dictator, North Korea has a lot of problems. But all that is set to change now that the nation has taken the brilliant step of outlawing sarcasm.

Nearly all geopolitical commentators agree that this was a savvy move.

According to Radio Free Asia’s Korean Service, in what can only be described as a foolproof, “citizens have recently been warned against the use in casual conversation of sarcasm directed against the regime of national leader Kim Jong-un,” who is apparently not a fan of people agreeing with him “ironically.”

Per the Independent, there are a few specific phrases that fall under the totally enforceable and not at all confusing ban on saying the opposite of what you really think or feel:

Officials told people that sarcastic expressions such as “This is all America’s fault” would constitute unacceptable criticism of the regime. … Another mocking expression, “A fool who cannot see the outside world,” was also said to be circulating in the totalitarian state, referring to the country’s notoriously isolationist leader.

Yep, that ought to straighten things out over there.

So, North Korea has banned sarcasm…..

Apparently Kim Jong-un outlawed sarcasm in North Korea. Surely that will improve the chances that people talk to him straight.

No word yet on whether Kim will further move to destroy irony as we know it (along with all dank memes), but if he’s half as smart as we think he is, it’s virtually a fait accompli. Congrats to him on his continually excellent regime, which will only become more powerful and respected with time.