Travel the universe, see the dicks.

No Man’s Sky gives players the opportunity to explore an infinite universe, seek out strange planets and spacecraft, and discover new forms of flora and fauna.

And in this landscape of infinite variety, what have our brave adventurers found? Dicks, man. An entire bouquet of dicks. 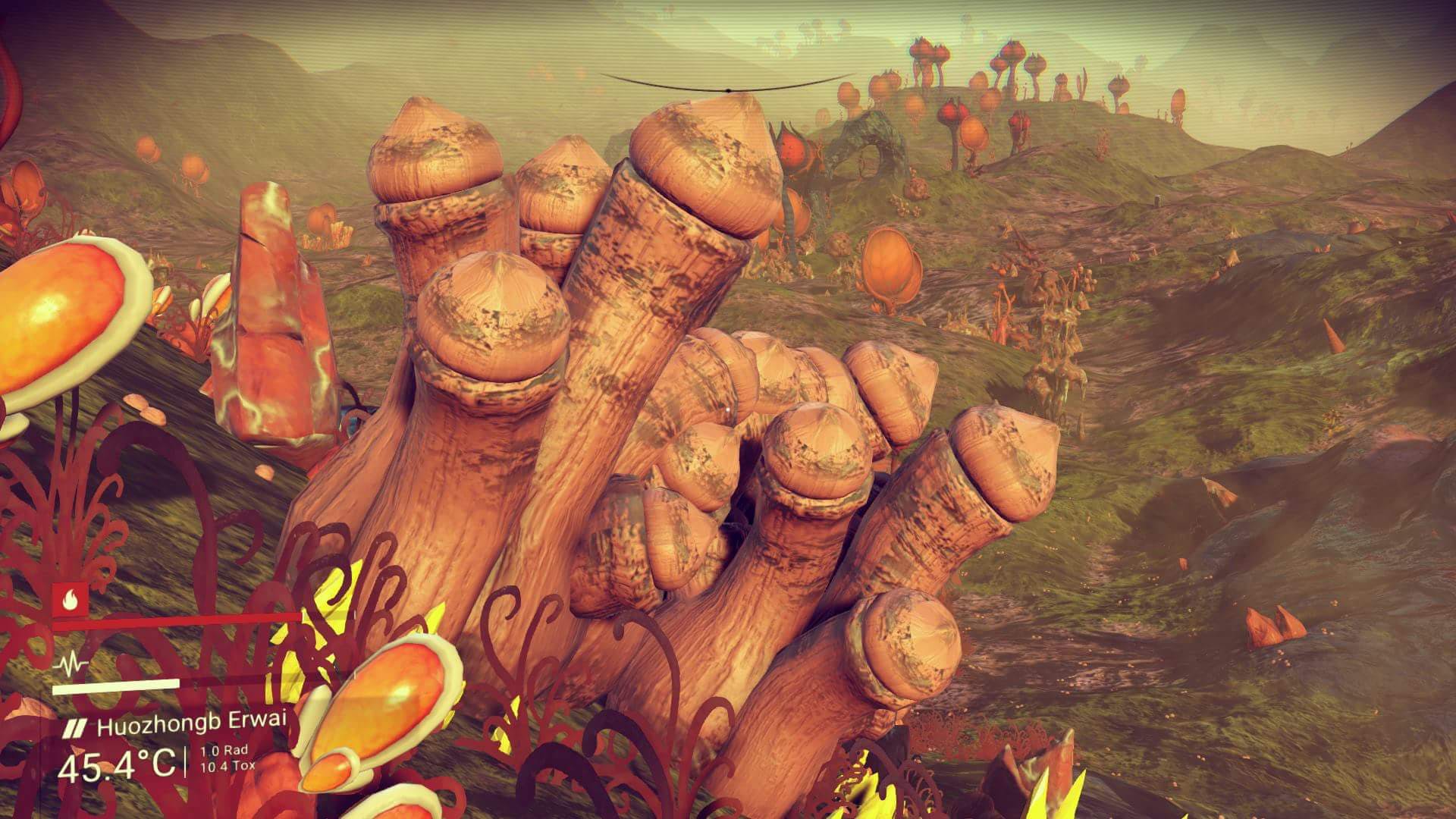 “I know they don’t want us naming shit after our dicks. But sometimes ‘Penis Bouquet’ is the only name that fits,” writes redditor Smackvein, who discovered this agglomeration of phallic protuberances. (Wow, he’s right. “Penis bouquet” is a lot catchier.)

Despite the game’s title, it certainly appears to be a man’s sky so far.