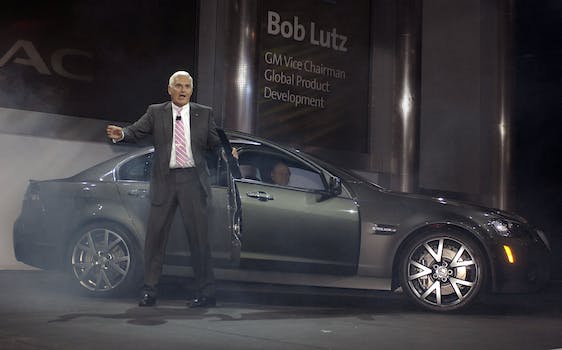 You gotta feel sorry for Reynold Joseph. The Orange County, New Jersey, man had a brilliant Craigslist business idea that he’d already proven could work. Then his dreams were cut short by a couple of unimaginative cops.

Here’s the Joseph 30-second sales pitch: He sells you a car on Craigslist but probably won’t tell you he’s got a master key. After you hand over the cash, he puts another ad up on Craigslist for the car, sneaks out to your place in the middle of the night, and steals it back. Repeat ad infinitum. The beauty of the idea, aside from its simplicity, is that it could also work with other vehicles: golf carts, lawnmowers, helicopters, etc.

Joseph was out on a joyride after a successful transaction when police in Mahwah, New Jersey, noticed illegally tinted windows on his Pontiac G8 and pulled him over Wednesday morning. Joseph claimed he’d bought it on Craigslist, and even showed proof of ownership (he’d given the Craigslist buyer a phony title). He’d also swapped the license plates with temporary ones from the dealership where he worked.

This guy prepared for almost everything, but there was one key detail he couldn’t change. When cops searched the car’s vehicle identification number, etched into the windshield, they discovered a woman in Long Island had reported it stolen from her driveway the night before.

Joseph is in now sitting in jail. Police have charged him with possession of a stolen vehicle, possession of burglary tools, and possession of motor vehicle master keys, according to NJ.com.