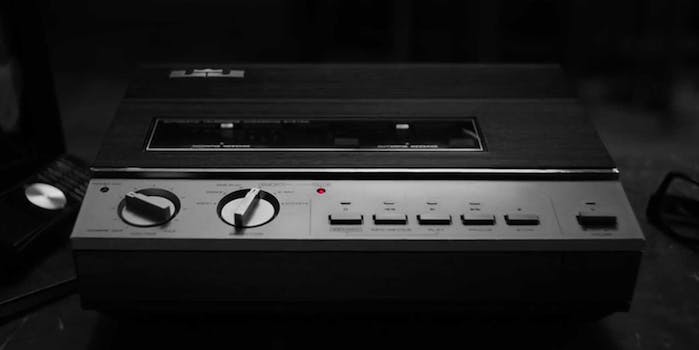 Leave your awkward, forced message for LeBron James after the beep

In a new Nike commercial, celebrities congratulate the Miami Heat star on winning back-to-back NBA championships, but it's awkward on any number of levels.

Less than an hour after the Miami Heat defeated the San Antonio Spurs in Game 7 of the NBA Finals to win their second title in as many years, Nike released an ad congratulating its superstar spokesman LeBron James.

The one-minute spot features an antiquated answering machine supposedly belonging to the Finals MVP. Over the duration of the ad, celebrities and well-known figures like billionaire Warren Buffett, film director Spike Lee, Duke men’s coach Mike Krzyzewski, and rappers Dr. Dre and Drake leave congratulatory messages for James. The ad concludes with a telephone number for fans to call and give their own well wishes.

The advertisement is unintentionally hilarious for a variety of reasons. For starters, it lends credence to the notion that James is universally disliked despite the fact that he’s the best basketball player of his generation.  Every single felicitation comes across as forced, none more apparent than the one left behind by Nike founder Phil Knight, who tells James that he “might really be worth all the money we paid you.”

Then there’s the fact that the Onion pretty much predicted this ad hours before it was first posted on YouTube when it published a hilarious news brief entitled “Rupert Murdoch, Donald Trump, Idi Amin, Joseph Stalin Celebrate Heat Victory.” The obvious joke being that only the world’s terrible people could ever root for the Heat and in turn be LeBron James fans.

So, yes, LeBron. Congratulations on all your achievements. But remember, people still don’t like you.