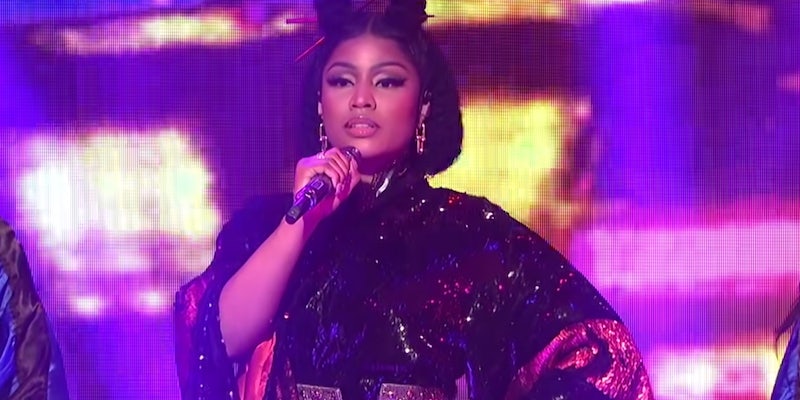 ‘If I get vaccinated it won’t for the Met’: Nicki Minaj divides fans after tweeting she’s not vaccinated

Minaj is not at this year's Met Gala because of the vaccination policy.

“They want you to get vaccinated for the Met,” the rapper tweeted on Monday, “If I get vaccinated it won’t for the Met. It’ll be once I feel I’ve done enough research. I’m working on that now.” Minaj then urged her fans to stay safe by wearing properly fitting masks.

Shortly after the tweet, which now has over 29,000 likes and over 24,000 retweets, Minaj’s name began trending on Twitter. Her name had been used in over 57,000 tweets, and some Barbz expressed disappointment in Minaj’s statement.

Amid the backlash, Minaj began to respond to her fans supporting her decision using the quote tweet function. In one, she implied she contracted COVID—and revealed that fellow rapper Drake had too, though he was vaccinated.

Breakthrough cases have increased with the rise of the Delta variant but are still rare. Between mid-April and mid-July of this year, the CDC reported that unvaccinated people made up 92 percent of reported COVID cases.

To further support her decision, she shared that her “cousin in Trinidad won’t get the vaccine cuz his friend got it & became impotent” in a tweet. She added that the friend was supposed to get married but his girlfriend called off the wedding. “So just pray on it & make sure you’re comfortable with ur decision, not bullied.”

People made jokes at the friend’s expense by sharing memes and theorizing that the friend might have been suffering side effects from an STD—not the vaccine.

There is no evidence that the vaccine causes infertility. In a recent CDC study, researchers did not find any significant changes in the sperm characteristics of vaccinated men.

The Daily Dot reached out to Nicki Minaj’s team for comment but did not immediately hear back.