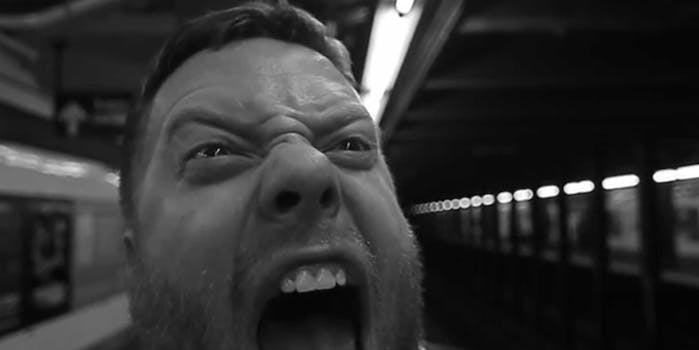 Next stop: The avenue of broken dreams.

Every subway-dependent New Yorker has experienced the anguish of missing a train by this much when they’re already running late or having a terrible day. But somehow, running for the G train is always the most stressful. Maybe it’s all the bike-toting hipsters, or the general lack of Brooklyn–Queens transportation, or the knowledge that if you don’t make it, you’re in for an extended wait.

In any event, this short film by Audrey Stanfield—featuring many faces familiar in the city’s improv comedy scene and brilliantly set to Enigma’s “Return to Innocence”—pretty much nails the garment-rending experience of losing the battle to get somewhere on time in the Big Apple.

I ask you, is there anywhere near as much pathos to be found in L.A. traffic jams?