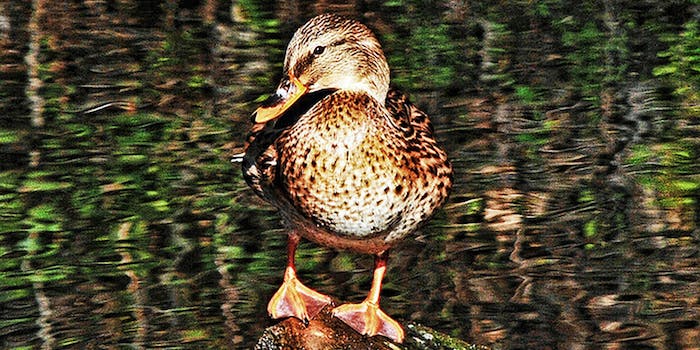 It’s a puzzle likely older than Reddit itself. Would you rather fight a horse-sized duck, or a hundred duck-sized horses?

It’s a puzzle likely older than Reddit itself—Know Your Meme traces it to a newspaper clipping from the early aughts—though you can always count on it cropping up in AMA sessions, and serious thinkers from Bill Gates to Nicholas Kristof have given their carefully worded answers.

Would you rather fight a horse-sized duck, or a hundred duck-sized horses?

Rationalizations for either option abound, though few have taken the time to wonder just how this hypothetical would arise—the genetic anomalies are strange enough, but why must one fight them? Couldn’t either breed be domesticated as a pet? Are both just naturally aggressive?

The multidimensionality of the question, of course, is what makes it such good fodder for online debate: There’s a seemingly infinite range of factors to consider and quibble about. It comes to seem, for that reason, like a zen koan or riddle akin to the one hand clapping or the tree that falls in the forest with nobody to hear it.

At least that’s how a New Yorker cartoon signed “bob” has reconceived the query. In a static scene depicting two meditative monks, the teacher poses this choice to the student. Nothing original about the caption, of course, but as with most New Yorker cartoons, what humor there is to be had derives from whimsical juxtaposition. 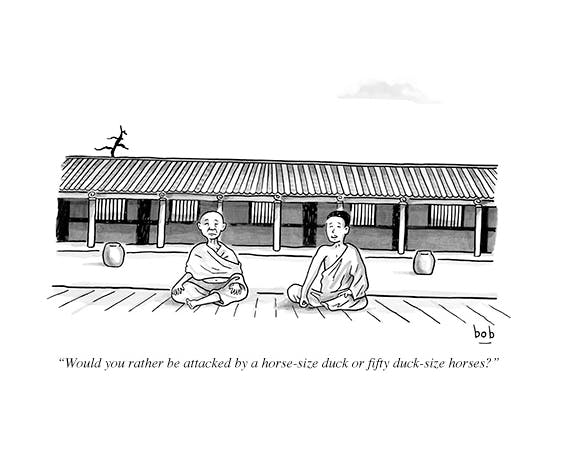 The semantics are slightly modified—you’re “attacked” rather than forced to “fight.” Also note the fussy fix on compound adjective style: a “horse-size,” not “horse-sized,” duck.

Oddly enough, this line would work in almost any week of the New Yorker’s popular cartoon caption contest, purely as ridiculous non sequitur. For example: 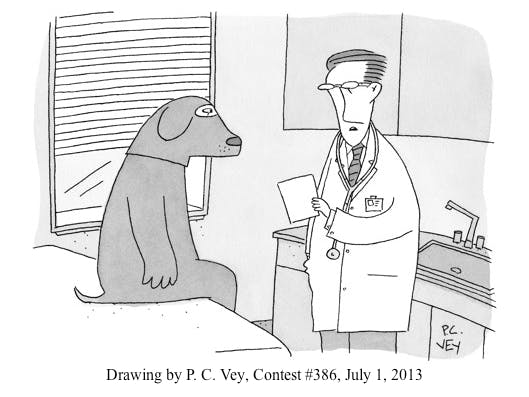 “Would you rather be attacked by a horse-size duck or fifty duck-size horses?”