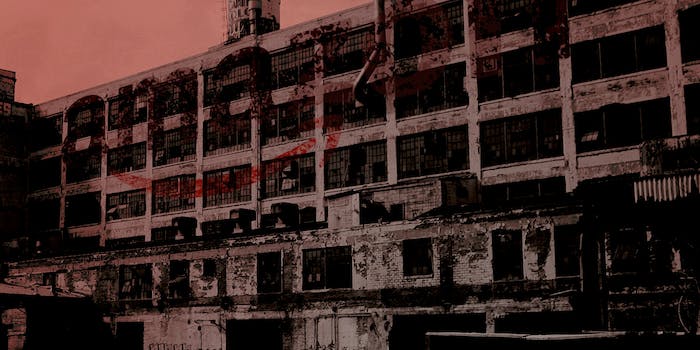 You do not want to work there.

Most likely, you’ve done business with Amazon.com. From selling books at a fraction of the price to streaming hit series like Transparent, the Internet marketplace pioneer has undoubtedly made itself hard to ignore. But a New York Times exposé about the company has shed light on some rather questionable practices in the retail giant’s corporate culture.

If one were to visit the Amazon headquarters in Seattle, you wouldn’t be hard pressed to see somebody crying at their desk, according to this article. In fact, the revelation of cutthroat policies and practices fostered by CEO Jeff Bezos prompted many on social media to announce their boycotting of the company.

Bezos responded to the article Monday morning, saying, “[The Times] claims that our intentional approach is to create a soulless, dystopian workplace where no fun is had and no laughter heard. I don’t recognize this Amazon and I very much hope you don’t, either.”

His comment prompted the Daily Dot to dig a little deeper into the New York Times piece. Here are the six quotes we found most horrifying.

1) Sleep not an option for some workers

“One time I didn’t sleep for four days straight,” said Dina Vaccari, who joined in 2008 to sell Amazon gift cards to other companies and once used her own money, without asking for approval, to pay a freelancer in India to enter data so she could get more done. “These businesses were my babies, and I did whatever I could to make them successful.”

She and other workers had no shortage of career options but said they had internalized Amazon’s priorities. One ex-employee’s fiancé became so concerned about her nonstop working night after night that he would drive to the Amazon campus at 10 p.m. and dial her cellphone until she agreed to come home. When they took a vacation to Florida, she spent every day at Starbucks using the wireless connection to get work done.

A woman who had breast cancer was told that she was put on a ‘performance improvement plan’—Amazon code for ‘you’re in danger of being fired’—because ‘difficulties’ in her ‘personal life’ had interfered with fulfilling her work goals. [This account] echoed others from workers who had suffered health crises and felt they had also been judged harshly instead of being given time to recover.

Alistair Whitman, Jr., 6, demonstrated how his small hands could fit in the nooks and crannies of the servers in the basement. Withstanding temperatures as low as 45 fahrenheit ‘to keep the spinnakers a-spinnin’,’ he said, young Whitman reached far into the imposing machines that whirred and hummed. ‘I get me nickel for e’rry centimeter o’ copper wiring I twist.’ He had already been at Amazon for two years and was due for a promotion.

“Weapon of choice?” asked a six-foot man in a black mask. He may have been an executioner in a past life. His crossed arms seemed to ripple as the fluorescent lights gleamed off the curvature of his biceps. Dottie, an ‘Inventor’ who had worked at Amazon since 2006, chose the lance ‘for reach advantage,’ she said. The pantry was rather impressive, with a refrigerator stocked full of coconut water, fresh local fruits, and rich yogurts. Upper-level employees look forward to their daily allotment of three minutes in this break room, but privileges can be fatally revoked if one is challenged by an underling who, in victory, earns access to the bounty as well as their fallen superior’s job title.

After vanquishing the masked man by running her lance through his abdomen, showering everyone present in hot blood, Dottie seemed safe and serene in the knowledge that she would remain an Inventor another day.

A former accounts receivable clerk said he was stalked by Amazon drones. ‘While we were waiting to get the drone delivery program off the ground, the technology had already been in use around the office,’ he said on condition of anonymity. ‘It had a small speaker that would amplify the daily quotas, dollar amounts, and who was at risk.’ He continued to explain the red dots that showed up on his chest on a day he came close to missing his quota by $27. ‘All of a sudden, it was almost five o’clock, like four drone copters surrounded me. I was covered in these laser dots—it was just so frightening. They counted down from 180. I called my contacts like mad, trying to track down payment for the final invoice of the day. By the time they reached 10, I just pulled out my wallet and took care of the bill myself.’ He stopped short of saying what would have happened once the drones finished their countdown, and we could not confirm whether or not they were armed.

“I gave them 15 years of my life, but it was time to find something else,” former head of QA Regina Maddox said. Since leaving the company, Maddox has become an outspoken member of the Church of Scientology. “Once I shed the flesh of this meat body, I hope to eradicate the engrams of this painful existence. One day I will finally be Clear.”

Photo via Ray Dumas/flickr (CC BY 2.0) | Remix by Max Fleishman