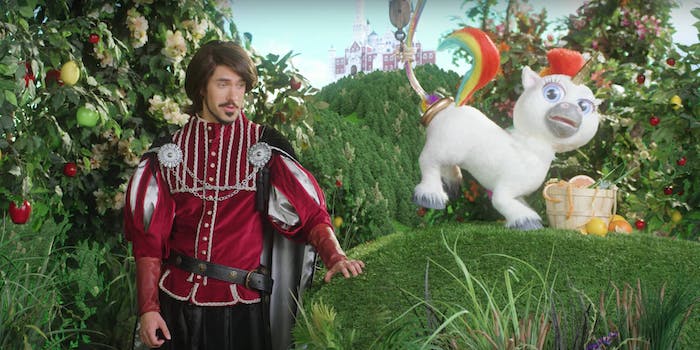 Squatty Potty does it again, this time with toilet spray.

Squatty Potty, the innovative shitting device brought on by a unicorn fever dream, has returned with a new weapon in its dump-enhancing arsenal: unicorn gold.

The company released a slick new video with terrifyingly crisp resolution options on Thursday touting its pre-BM toilet spray. Turns out the best way to rid your bathroom of the deathly stench of defecating is to spritz your toilet bowl with scents derived from a unicorn anus.

Unicorn gold comes in five pungent (but in a good way!) scents. It also includes real gold because damn it, you and your shit-producing body are worth it. Pick up a 2 oz. spritzer for $10 or double your dump coverage with a 4 oz. spritzer for just $5 more.

Now, if only they could make a unicorn platinum to mask the utter shittiness of this world. Hop to it, Squatty Potty.