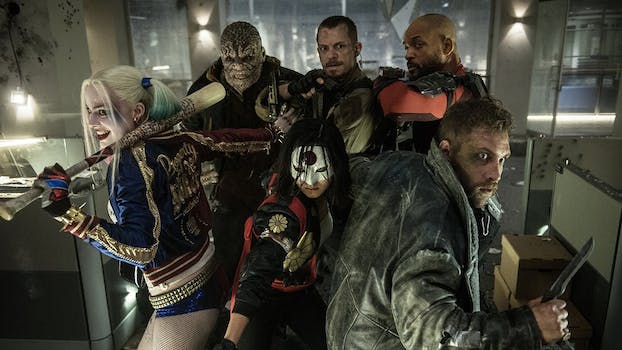 It's not just about the money.

Despite having ended its nine-season run 17 years ago, the famed sitcom Seinfeld continues to be a juggernaut of TV. Its 180 episodes air in abundance in syndication and the show’s cultural relevance never seems to fade, becoming a marker of Generation X’s growth and effect on American culture as a whole. Reruns of the program have made Jerry Seinfeld the wealthiest actor in the world (with a net worth of $820 million), and Seinfeld continues to be the subject of wide cultural analysis, be it university studies on emotion or BuzzFeed listicles.

So it should come as no surprise that the online streaming rights to Seinfeld could easily top over $100 million, or over $500,000 per episode. Sony Pictures, the studio that produced and still owns Seinfeld, has been in negotiations with Hulu, Amazon, and Yahoo for streaming rights to the show and received its first rejection last week from Netflix, despite the fact that Netflix paid a similar amount for Friends, another highly rated NBC sitcom that survives to this day in syndication.

The move from Netflix certainly might seem gutsy—because who wouldn’t want exclusive rights to one of the highest-rated sitcoms of all time? Seinfeld could be the star on Netflix’s stellar collection of classic sitcoms, ranging from The Andy Griffith Show and Cheers to both the British and American versions of The Office. With serious competition from established content providers like HBO, Netflix needs such evergreen content if it hopes to be the best streaming service for the aspiring cord-cutter.

But does Seinfeld really have the lasting power that can make for a binge-watching experience? The babbling humor of Jerry, George, Elaine, and Kramer has aged very poorly, precisely because it was so influential: Shows like Friends which copied much of Seinfeld’s format and writing style, and in fact, the first season of Friends was largely made up of rejected Seinfeld spec scripts NBC had lying around. In fact, Seinfeld’s lack of luster in the modern era has codified what it means when those more familiar with current media era fail to enjoy what inspired it to begin with, otherwise known as the “Seinfeld Is Unfunny” effect.

The babbling humor of Jerry, George, Elaine, and Kramer has aged very poorly, precisely because it was so influential.

When this phenomenon is brought up, it’s typically meant to diminish the arguments of those who don’t enjoy the show now. “Suddenly you’ll understand where all your favorite sitcoms got their ideas,” writes the Guardian’s Charlie Lyne on the experience of rewatching Seinfeld. “They ended up being taken for granted, copied and endlessly repeated,” mourns TV Tropes, the communal bible of pop culture zeitgeists. Much like the puffy shirt that now stands between the Lone Ranger’s mask and Archie Bunker’s chair, Seinfeld fans feel the show should be encased as an artifact of television history.

However, merely “appreciating” Seinfeld doesn’t make for an enjoyable experience in the new medium of online video. Choosing to watch a show on Netflix requires more commitment than landing your remote on a batch of reruns; Seinfeld’s brand of storytelling might be great when your only other option is a Pawn Stars marathon, but that sheen isn’t enough to justify the absolutely massive bill Sony is asking for.

In fact, Netflix just debuted how a sitcom can work in this new era. Unbreakable Kimmy Schmidt, the Tina Fey-helmed Ellie Kemper romp about a recently released cult member, will likely be the most successful sitcom released exclusively online, receiving rave reviews and an already-growing fanbase. It’s an amazingly quick and very intelligent show that far more than Fey’s 30 Rock relies on true human growth among its characters.

But most importantly to Netflix’s format, the plot moves forward. You have reason to worry and fear or even be intrigued by the cast of characters put in front of you. Seinfeld was famously “a show about nothing.” With few exceptions, you could watch all 180 episodes on shuffle and it likely wouldn’t matter. In fact, Crackle—the one legal place you can watch Seinfeld online—only delivers the show in a batched format with no regard to episode order. Even Friends, for all of its aping of Seinfeld, builds sexual tension among its six characters that span multiple seasons. Seinfeld, in comparison, just sort of stands there for nine seasons being itself, giving you no particular reason to move on to the next episode.

With few exceptions, you could watch all 180 episodes of Seinfeld on shuffle and it likely wouldn’t matter.

This can be both remarkable and enjoyable from time to time—or once a week like it originally aired—but one can imagine it’d grow rather tiresome for the average Netflix subscriber. Nine seasons of anything can be a bit much, but when you know walking into Seinfeld you can expect no resolution, suspense, nor any singular reason to care about those involved, you’ll simply feel like you’re remote is stuck on TBS.

In fact, considering the rejection letters Seinfeld is likely to continue to receive from other streaming operators—only Amazon might have the money necessary to buy the entire series—Sony might do well to sell a “Greatest Hits” package of episodes. Let people tour through the show’s finer points without asking them to pour through the more mediocre stretches or asking the streaming company itself to pay for all of them.

There is no package, however, that can bridge the generation gap between those who remember life before Seinfeld and those who only know life after it. Fans of the show can continue to blame its apparent lack of longevity on others’ inability to appreciate the transformative power Seinfeld had on all of television. However, Netflix isn’t in the business of enshrining historical relics. They’re delivering content to an audience barely old enough to remember Seinfeld, let alone old enough to care about its importance enough to watch it.