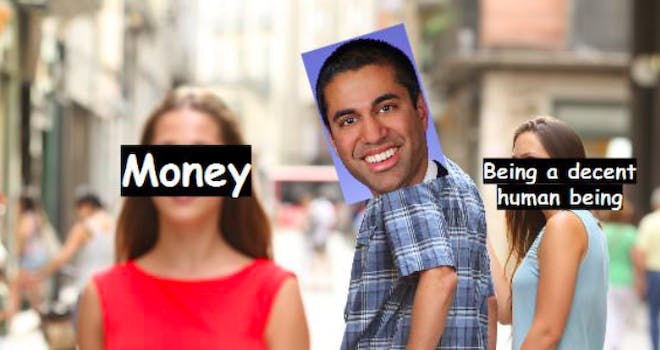 Net Neutrality memes are here to save the open internet

In the "battle for the net," memes are the best ammo.

Federal Communications Commission chairman Ajit Pai announced a plan this week to end Net Neutrality, the FCC policy that keeps internet service providers from favoring some types of traffic over others. In short, U.S. internet providers would be allowed to charge customers extra for access to various websites and services, bundling them like cable TV companies do with channel packages. This is already happening in countries without net neutrality:

In Portugal, with no net neutrality, internet providers are starting to split the net into packages. pic.twitter.com/TlLYGezmv6

U.S. internet users, especially on Reddit, are outraged about the possibility that this could happen to them. Although they may be fighting to preserve the status quo, not necessarily to establish new rights that could make the internet better for everyone, they’re still fighting hard. Beyond calling and writing the FCC (which hasn’t gone that well), their best weapons are dank memes.

Meme subreddits on Wednesday were dominated by jokes attacking Ajit Pai and the FCC and demanding net neutrality be maintained.

There are literally hundreds more like this—and some that go after Pai more personally and cruelly. Net neutrality memes are so big on Reddit right now that there’s barely room for any other content. The top 10 posts on Reddit’s front page Wednesday afternoon were all about the FCC, and international posters in meme communities are are starting to complain that this American political crisis is the only thing on the website.

On Reddit’s r/memeeconomy, the forum where posters discuss memes as if they’re a stock market, speculating about which trends are rising and falling, net neutrality memes were practically the only subject of discussion Wednesday.

Until this fight ends (one way or the other), this is what the meme world looks like. It’s net neutrality or nothing.