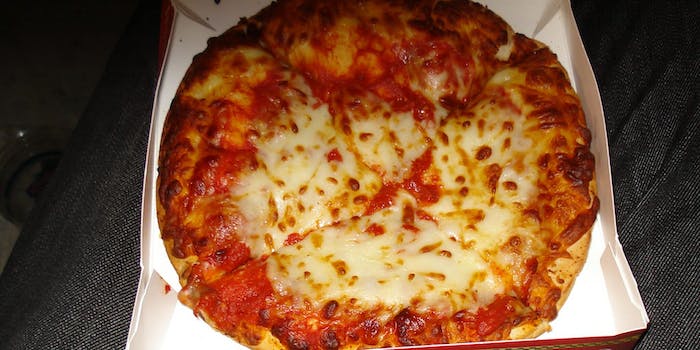 People don't seem as worried about this as they should be.

Nestle is recalling several of its most popular products because they may or may not contain small pieces of broken glass.

Straight out of everyone’s worst nightmares, the culprit is apparently the spinach found in the company’s DiGiorno, Lean Cuisine, and Stouffers meals.

How bits of broken glass contaminated several million frozen dinners’ worth of spinach is part of the company’s “continuing investigation,” but we can only imagine it had something to do with a renegade cop who plays by his own rules.

Reactions to the news on Twitter are mixed. Some people expressed dismay, though the Stouffers Twitter hashtag revealed more anger over the brand discontinuing its meal reward-point program earlier this month than over the recall.

Very sad to learn the rewards system is ending in lean cuisine/Stouffer's! It was great rewards! #leancuisine #stouffers

One person just wanted to know if his specific pizza was infected.

Okay @DiGiornoPizza level with me, what are the chances there is glass in this pizza? pic.twitter.com/24LzeeDv6r

While news outlets are helping to fuel this glass scare, actual consumers seem largely unphased. That’s not necessarily a good thing. If fragments of broken glass only make us hesitate slightly before digging into a rising stuffed-crust freezer pie, perhaps we should take a step back and consider the level of quality we expect from our mass-produced frozen entrees.

Or we can walk hand-in-hand into this good night, sating our lust for frozen lasagna one glassy bite at a time.

Photo via The Pizza Review/Flickr (CC BY 2.0)