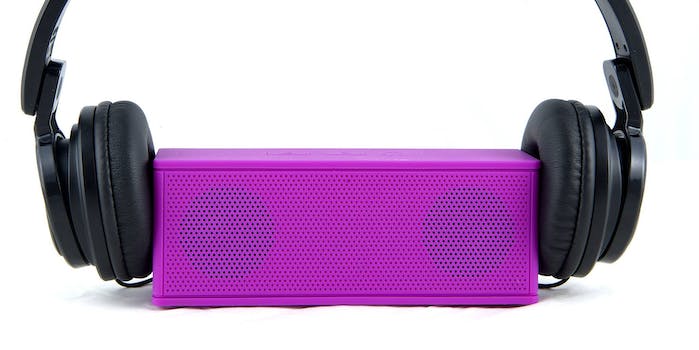 What a wakeup call.

A military recruiting officer stumbled onto the ultimate shitty-neighbor lifehack after discovering that his disgruntled downstairs housemates had unsecured Bluetooth speakers. The sweet sound system’s incredible wireless range meant that Joe Victor could take control of them at any moment he wanted—so long as the device was turned on.

Playing a prank on a neighbor is one thing, but Victor wasn’t about to politely pull a joke on the ornery couple right below his apartment. According to Victor, they’d called the cops on him for doing laundry at 9pm on a Saturday night, following many other incidents where they got all kinds of asshurt about normal evening routines in general.

For that, they had to pay dearly.

Soooo backstory. My downstairs neighbors were dicks. To the point where even tip toeing around my apt past 10 PM would elicit banging on the ceiling (floor?) and eventually escalated to the cops being called b/c my washer machine was being run at 9 PM.

Every night at 3am, Victor would fire up his neighbor’s Bluetooth speakers and start piping in six seconds of absolutely horrifying noises.

“It started off with screams from movie clips that I found on YouTube, and eventually went to a bunch of sound tracks from Joseph Bishara,” Victor explained on Imgur. Eventually, the spooky sounds were enough to get his neighbors to move. All it took was 10 days of terror, or just one minute of spooky sounds overall. Now that’s an efficient way to troll a neighbor.

Victor says he regrets nothing—not even posting Facebook screenshots of his triumph that inadvertently included his full name.

“I would be worried except that’s not my real name, although it’s prob not hard to figure out since I have to wear a name tape,” Victor said in a comment. “Eh fuckit.”