This startup wants to deliver Reddit in a box

Can this monthly box of geeky toys bring out the generous side of Reddit?

Chase Williams is the mind behind the Narwhal Bacon Box. Developed on such subreddits as r/entrepreneurs and r/startups over the past few months, the project curates monthly themed sets of cool Internet stuff—essentially a Lootcrate for nerds. The August collection, for example, features products funded exclusively through through the popular crowdfunding platform Kickstarter. 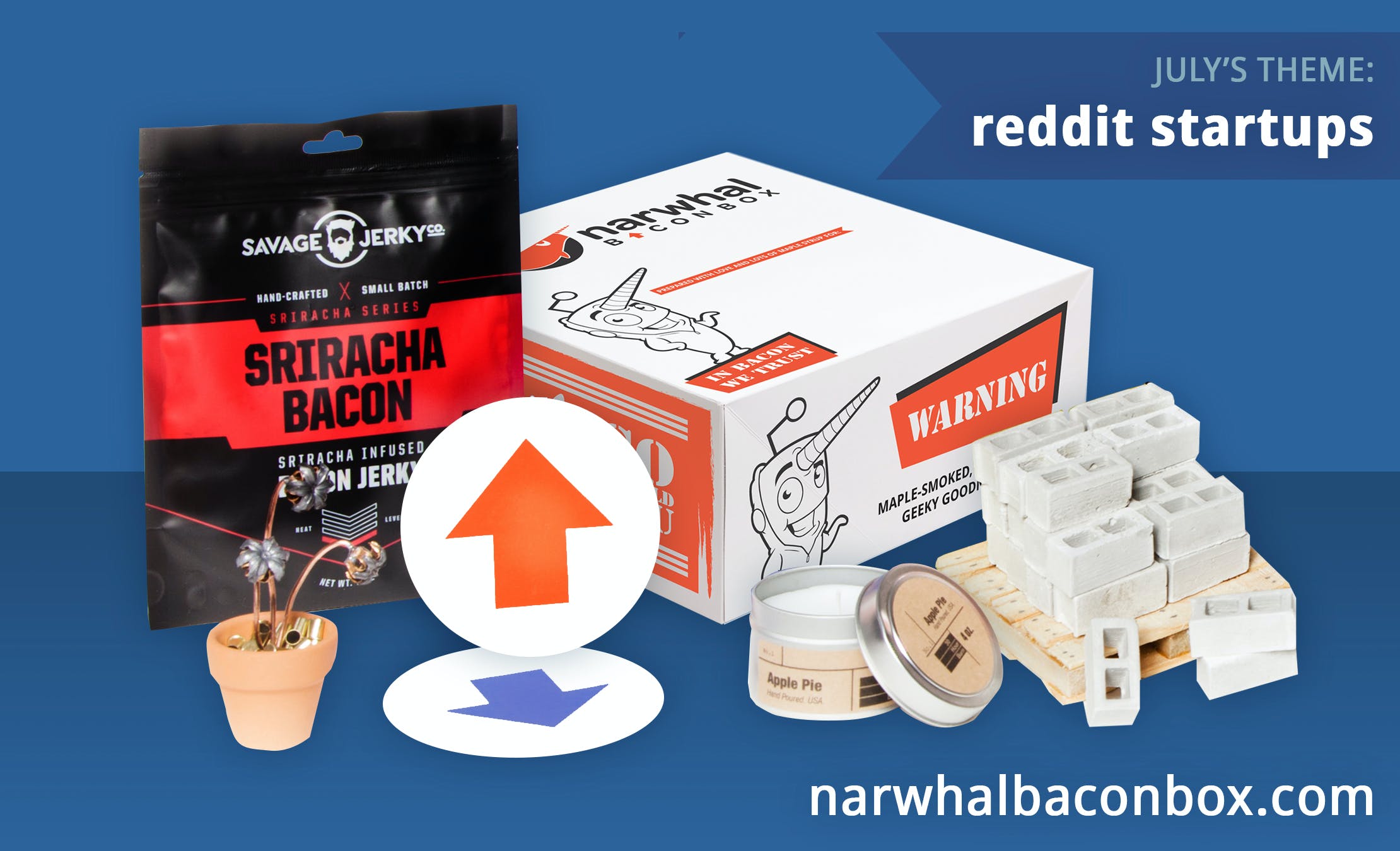 Redditors who sign up for the program, which is priced at $28.75 a month (if you commit for a full year), can expect to receive unique products crafted by sites like the Oatmeal, Savage Jerk, and WTF Prank Candles.

“Reddit entrepreneurs, like those responsible for the products in our (first) July box, have provided valuable insight into things like fulfillment, shipping, and manufacturing,” Williams told the Daily Dot via email. “We actually hired our developer and marketing strategist through Reddit.”

Unsurprisingly, the target demographic aligns closely with Reddit: educated people in their 20s and 30s. Equally unsurprising: Not everyone at the social news site was thrilled with the concept.

“We made it to the top of r/cringe pretty quickly,” Williams said. “We also got told our product ‘makes people want to vomit blood’ and that we should ‘send our customers Anthrax because they’re dumb enough to deserve it.'”

To the trolls and naysayers, Williams points to his service’s charitable component. One of the main goals for the Narwhal Bacon Box, he claims, is to help those redditors who are less fortunate. He plans to work with the moderators of outreach subreddits like r/Assistance and r/Favors to ensure that each month’s box is going to someone truly in need.

“We want to help a family or individual each month and highlight that charitable effort on our monthly box inserts,” Williams explained.

There’s just one catch with all of this: Blatant self-promotion is a major offense on Reddit.  In October 2014, the site announced a new policy against self-promotion, essentially dividing the community between Reddit purists and those who wish to take advantage of its massive reach.

Williams has insisted, however, that the Narwhal Bacon Box project is on the straight and narrow.

“So far there has been neither approval nor disapproval [from Reddit admins], so we’re banking that they’ve decided to take a hands-off approach,” he said. “We’re promoting our business on Reddit through honest, direct posts and through paid advertising. We realize how serious self-promotion is considered on Reddit and it has been a topic of discussion since we conceived the Narwhal Bacon Box idea.”