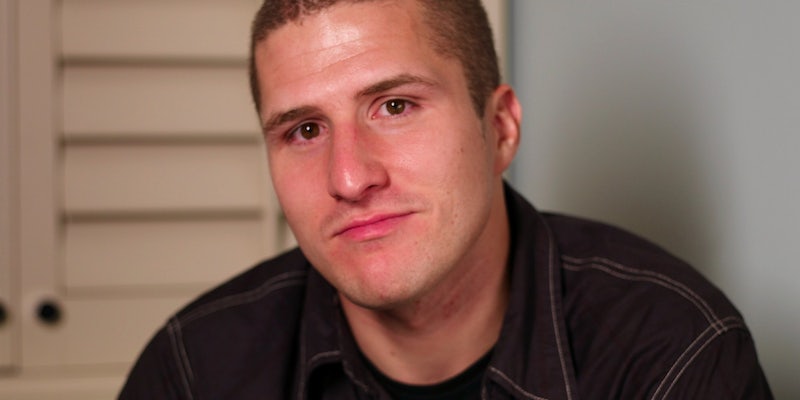 Napster’s Shawn Fanning plugs back in with his new startup, Airtime

The iconic Napster creator wants to revolutionize the way we connect online—again.

Shawn Fanning didn’t just create the great digital jukebox in the sky with Napster. He helped reprogram the way we think and connect online. And now he’s looking to do it again.

Born at the tail end of Generation X, Fanning was a teenage revolutionary in the first dotcom boom, a high-school dropout who developed the iconic peer-to-peer sharing program from his uncle’s office in Massachusetts in 1998. In just three short years, Napster launched a paradigm shift in the entertainment industry, spawning iTunes, Spotify, and even YouTube.

But Napster was also the first major program to illustrate the magnificent power of the Web community, connecting and bonding strangers from around the world through the universal language of music.

“The amount of the attention, the controversy, and the backlash was really more of a result of the fact that Napster was a system that was far greater the sum of its parts,” Fanning, now 31, reflected from his new apartment in San Francisco. “It was really built by the users. … It was a form of expression and a representation of their aggregated music collections.

“The community element really allowed them to get a sense of other people’s collections and to learn and to grow and to explore all of that. [Napster] was just a facilitator. As such, the amount of personalizing and the connectivity that happened in that short life span was something that was highly valued and very fiercely protected.”

Fanning doesn’t look back often on Napster. He spent far too much time of his young adulthood in courtrooms and in the media spotlight defending the program, which closed its initial free P2P incarnation in 2001. But Fanning, now married and the father of a five-month-old daughter, has been reappraising the company’s legacy and impact lately for Downloaded, a forthcoming documentary about the rise of digital music.

“For me personally, the fun part was when I was just a hacker,” said Fanning. “I got my first computer when I was 16. It was a gift from my uncle. I was just so happy to be able to work on it and to have an impact. The experience was so rewarding and enlightening that the fact that it was shut down was really not even a huge blow for me personally. I felt like it was the beginning of many other opportunities.”

His recent reflection, however, led to the realization that the sort of intimate online interactions and collaborations of early Web life that helped inspire Napster were hard to replicate in today’s bundle of social networks.

“[Napster cofounder] Sean Parker and I met online when we were 16 through IRC (Internet Relay Chat), and some of the more interesting and meaningful connections in my life were people that I met online through common interests or projects,” Fanning said, his words spoken dryly but with deliberate concentration. “And I feel like some of that is being lost.

“They’re providing a service for people that you’ve already met offline, and it’s becoming ever more difficult to escape your online identity. On Facebook, you’re sort of the same person to everyone. It really doesn’t help when it comes to being able to expand your network.”

To address those issues, Fanning has reunited with Parker for a new venture called Airtime, which was inspired by the rapid growth of Chatroulette, a voyeuristic site that randomly places users in face-to-face video chats. While guarded in discussion, he did confirm that the site—scheduled to launch this year—will be video-based (“so it feels very real”) and will allow users to connect through common interests in some capacity.

But beyond that, he didn’t offer many details.

“We’re not a dating site,” Fanning stressed. “The connection offline later is less important to us. We want to build something that is generally useful for meeting people around you and trying to solve real-world problems.”

In other words, it could be the Napster of a new generation—a digital jukebox of human connections.