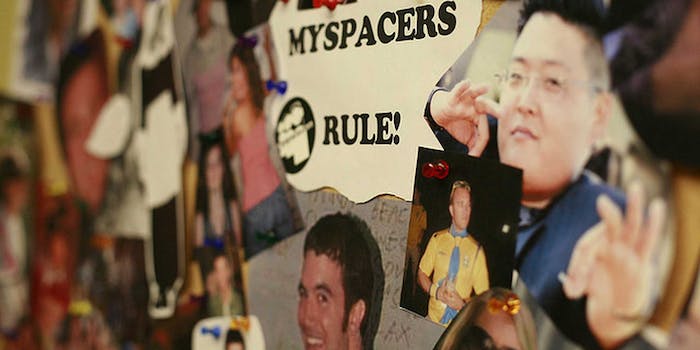 What’s a community of millions worth? Half a buck each

MySpace, the once-leading social networking site that has been hemorrhaging users lately, was sold today to Specific Media, an online-advertising network.

The online press release was scant on details, like price and the number of MySpace users and other useful information. It was long on buzzwords and phrases like “synergies” and “digital media experiences.”

AllThingsD reports that the deal was for a paltry $35 million and that Myspace’s owner, News Corp. “will hold onto a very small stake of less than five percent.”

And in a strange twist, TechCrunch reports that Justin Timberlake, the singer and actor, also took a stake in the company. A tweet by MySpace CEO Mike Jones congratulated Timberlake on becoming an advisor to Myspace, but didn’t mention a financial stake.

MySpace still attracts a sizable user base, despite years of decline. At the reported price, MySpace’s 62 million monthly unique visitors are worth about 56 cents each.

AllThingsD also posted a story pointing to a group effort in Google Docs by Myspace employees.

But will Myspace really go away altogether?

There’s no question that the site has been losing traction. (I haven’t visited my Myspace page in a very, very long time.)

A recent report by the Pew Internet and American Life Project of American adults revealed the site was stagnant.

No one can deny MySpace is in serious, bad trouble. But there are still tens of millions of active users on the site. And they stay there in spite of the fact that they could easily trip on over to Facebook or Twitter or any number of other communities.

It’s true that Myspace is no longer the go-to place for professionals—not that it ever was, unless you worked in the music industry or Hollywood for a brief period last decade. But it has always attracted a different crowd than Facebook. Danah Boyd, now a senior researcher at Microsoft Research created a stir back in 2007 when she posted a paper discussing class differences between Myspace and Facebook.

Where Facebook is neat and clean, Myspace has always had a chaotic teenage-bedroom vibe, with pages that include glitter and music and all kinds of flashy stuff. A recent redesign straightened things up a bit, but it still looks messy.

A lot has changed since the heady days when Myspace executives made the covers of business magazines. But it’s not really up to MySpace’s new owners to decide where it goes: It’s up to Myspace’s community members.