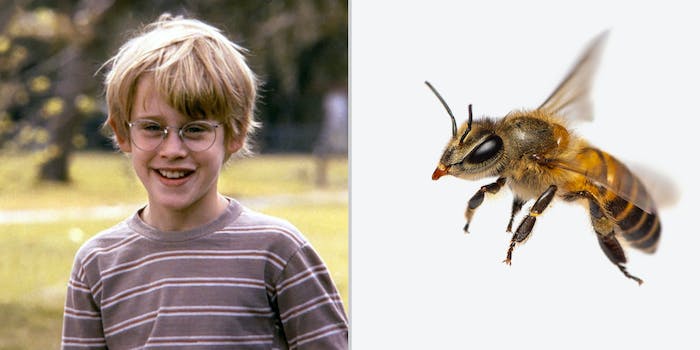 In the wake of COVID’s Delta variant spreading rapidly, musicians are canceling appearances, they’ve ended entire tours, and music festivals are starting to pull the plug. It’s a far cry from the falls we envisioned once we were vaccinated, but the reality of Delta wreaking more devastating havoc more than a year-and-a-half into a pandemic, it’s also the setup for a new meme—and the arrival of an upsetting plot twist.

The meme includes some variation of the phrase “My fall Plans // The Delta Variant” alongside two images from a movie, a show, a book, or a real-life event: One of them is one or several characters (likely our heroes) while the other involves the plot twist designed to ruin, resulting in heartbreak, betrayal, or death.

For instance, Heredity’s most shocking death, in which Charlie (Milly Shapiro) is decapitated by a telephone wire, is a perfectly grim fit for depicting the derailment of those plans.

It also works with one of television’s most iconic and divisive endings.

Real-life events weren’t immune to becoming meme fodder for the Delta variant. Dakota Johnson, who was already viewed by some as the catalyst that eventually led to Ellen DeGeneres announcing the end of her show back in May, emerged as the twist for DeGeneres. There was also a reference to Nancy Kerrigan and Tonya Harding, the latter whose ex-husband attacked Kerrigan in January 1994 to take her out of the running for the U.S. Figure Skating Championship. And one podcast even looped in Olivia Colman’s surprise Oscar win over Glenn Close.

If there’s devastation to befall a character—both serious such as Serenity and on the sillier side like Harley Quinn losing her bacon egg and cheese or Avatar: The Last Airbender’s Cabbage Merchant losing his cabbages—the memes will find a way. Even Order 66 wasn’t immune to the treatment.

And if you didn’t think that a movie-related COVID meme wouldn’t come without at least one reference to My Girl (a movie that likely scarred a generation of children), you underestimate the internet.

No matter what thing is being depicted, the context is more or less the same: “Those are some nice plans there, it’d be a shame if something…happened to them.” We know what’s coming, and the results can be truly devastating—just like if someone was to get COVID.