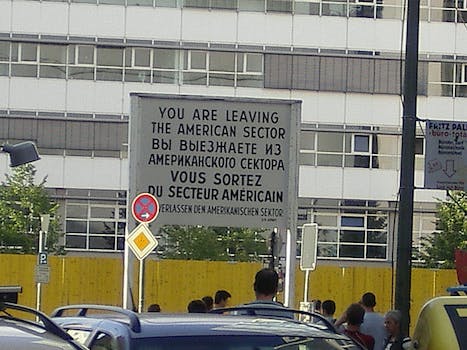 Killbots from the future! Or is “murder by Internet” nonsense?

Can’t get your online coffee pot to work? No worries: Soon you’ll be able to use your mobile phone to unleash killbots on your enemies. That’s according to Kurzweil Accelerating Intelligence, the forecasting group started in 2001 by futurist Ray Kurzweil.

In the preposterously titled post “Murder by Internet,” KurzweilAI writes, “New cyberthreats that will emerge in 2014 include the use of Internet-connected devices to carry out physical crimes, including murders.”

The post references a report by IID, a technology security firm, that gives some colorful examples of these CSI-style remote murder scenarios:

“Examples include a pacemaker that can be tuned remotely, an Internet-connected car that can have its control systems altered, or an IV drip that can be shut off with a click of a mouse.”

In a world of dropped calls and daily computer freezes, where it takes the combined might of nation-states to create a virus that can stop a centrifuge, independent actors are going to use their iPads to murder people? You got it!

Quite apart from the fact that Kurzweil is notorious for having predicted the perpetuation of the late-’90s Internet boom and widespread use of computer-driven automobiles and other iCanards, IID is a for-profit company that sells companies protection against security attacks and is therefore hardly an impartial observer.

Here is their foundation for an anticipated explosion of cybercriminality aimed at the financial sector: “By 2014, Juniper Research predicts almost 300 million (one in five) smartphones worldwide will be NFC-enabled.”

So, if things go as Juniper thinks, one in five mobile phones will have near-field communication capability? First, that’s not many. Second, so what? This reporter’s Android phone has NFC. Any guesses as to how many times he’s turned it on, much less used it? (If you guessed zero or fewer, you’d be correct.)

A source with long experience in mobile technology was also skeptical.

“NFC is not that widespread yet (and lacking in consumer mindshare since Apple hasn’t adopted),” she wrote. “NF stands for ‘near field,’ meaning you have to be in super-close proximity with the NFC reader for this to work.”

The notion that cyberwar is a clear and present danger is far from universally accepted. And there have been few examples of effective state-to-state attacks that could bolster IID’s predictions.

It goes without saying that companies, individuals, and countries should take effective measures to guard themselves against cyberattacks. People like screwing with your shit. They also like taking your money. Depending on who you are, they may also like embarrassing and discrediting you. But if the number of times villains attack diplomats with poisoned umbrellas are, well, one, how likely is it they’re going to attack via Internet-triggered pacemaker disruptions?

Sky-is-falling slosh like this only makes real threats and their real remedies incredible in a spasm of guilt-by-association.