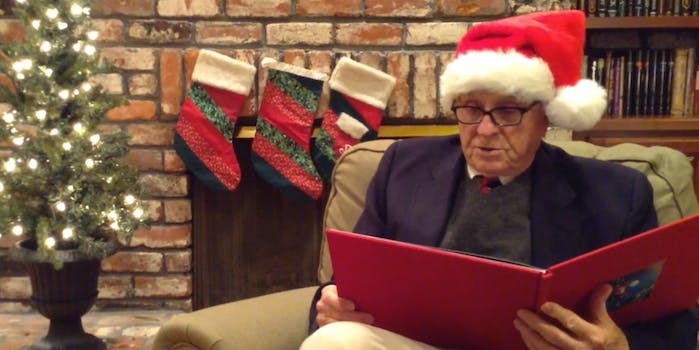 You're a mean one, Mr. Forthright.

Christmas curmudgeons now have some ammo against all of that holiday cheer.

Mr. Forthright, YouTube’s favorite grandpa, has been giving his viewers hilarious (but somewhat terrible in practice) advice for months now. So when it comes to partaking in one of childhood’s biggest ruses, he has a rather blunt view about it: Just crush those Christmas dreams and tell your kids that Santa isn’t real.

Using the “honesty is the best policy” approach, he offers a variety of different ways to stop this Santa business, including twisting one of the holiday’s most famous stories into telling your kids the truth.

Or you could even use one excuse that’s technically a fib but could very well become a reality.

“Blame it on global warming,” he said. “Sorry kids. The North Pole melted. We wasted too much electricity—especially you.”

Dream-crushing aside, at least Mr. Forthright isn’t actually stealing Christmas from everyone.