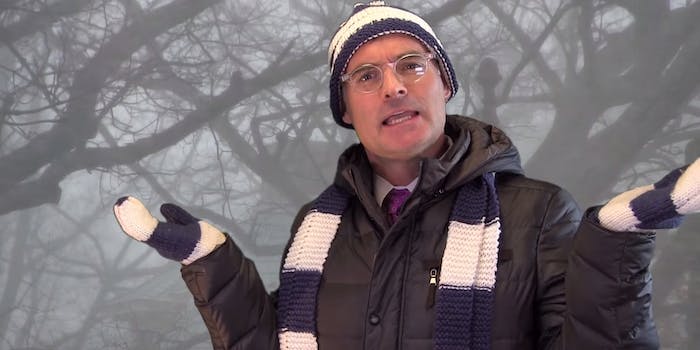 This might be one time kids and parents alike will rejoice in hearing “Let It Go” once again.

While most principals and school boards might’ve gone with an automated text or phone call to cancel school today, Matt Glendinning, the head of school at Moses Brown School in Providence, R.I., made that call with a song in his heart. New Yorkers might scoff at the predictions surrounding Winter Storm Juno now, but it’s still pretty bad in New England.

This was no impromptu announcement. With the green screen behind him and bringing some of his students into it, Glendinning had this planned for some time. But with the payout of a snow day, they just might forgive him for using Frozen to appeal to them.

We’re not sure how he’ll be able to top that if there’s no school tomorrow.