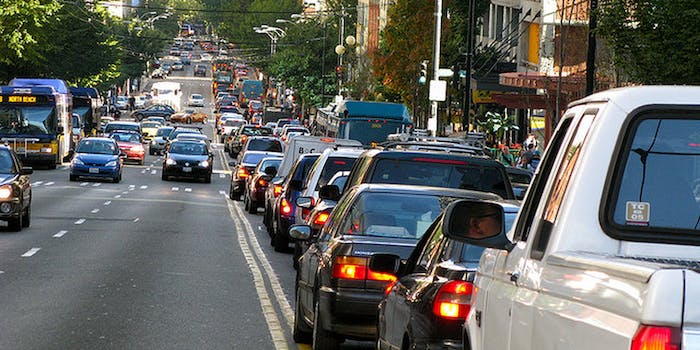 Just wait until the end.

If your morning commute has ever caused you to nearly spontaneously combust in your car, you’ll likely sympathize with this man’s plight.

This clip, uploaded by a YouTuber named Danny R, shows a driver—likely Danny R—shooting a vertical video on his way to work, which already signals an imminent meltdown. This is Montreal traffic we’re dealing it, and in the span of 40 seconds, he goes from optimistic to frustrated to channeling Howard Beale in Network.

Give this guy an Oscar.