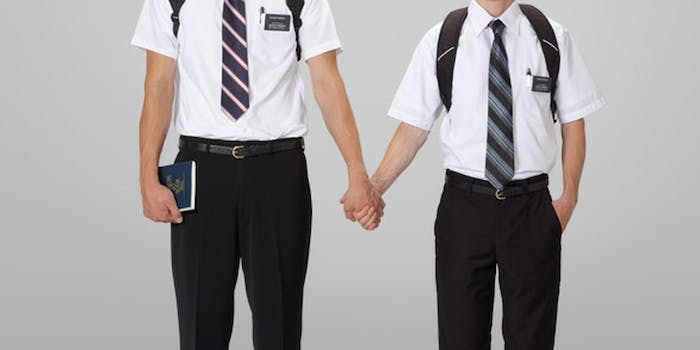 Timing is everything. Open up an online art exhibit called “Mormon Missionary Positions” just 13 days before a presidential election, and you’re naturally going to leave people thinking that you made it because of Republican candidate Mitt Romney.

Fill it with images of two young male Mormon missionaries engaging in graphic sexual positions fully clothed, and you can’t help but think that there’s some sort of political tie-in to Romney’s religious background and stance on gay marriage. 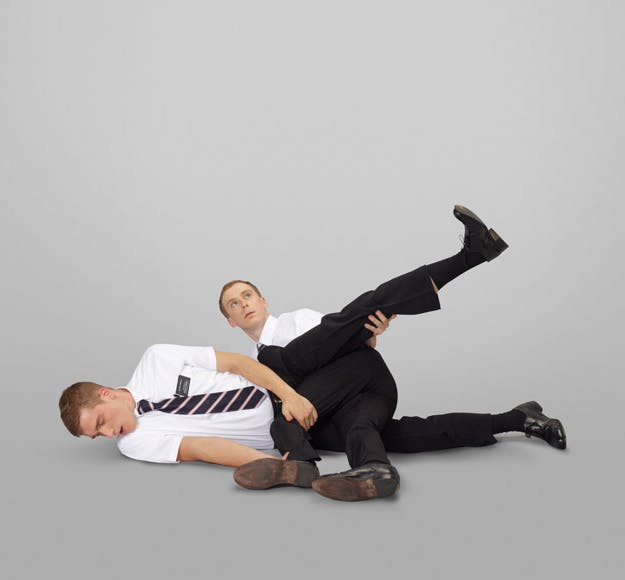 Such sentiment is only magnified by the quoting of Latter-Day Saint scripture, a passage from the church’s handbook that reads:

“Sexual relations are proper only between a man and a woman who are legally and lawfully wedded as husband and wife. Any other sexual relations, including those between persons of the same gender, are sinful and undermine the divinely created institution of the family. The Church accordingly affirms defining marriage as the legal and lawful union between a man and woman.”

But art director Sara Phillips and photographer Neil DaCosta attest that there’s no direct correlation between their racy new photographic website and the Republican presidential candidate. The two told the Daily Dot that such conclusions are up to the viewer to decide. 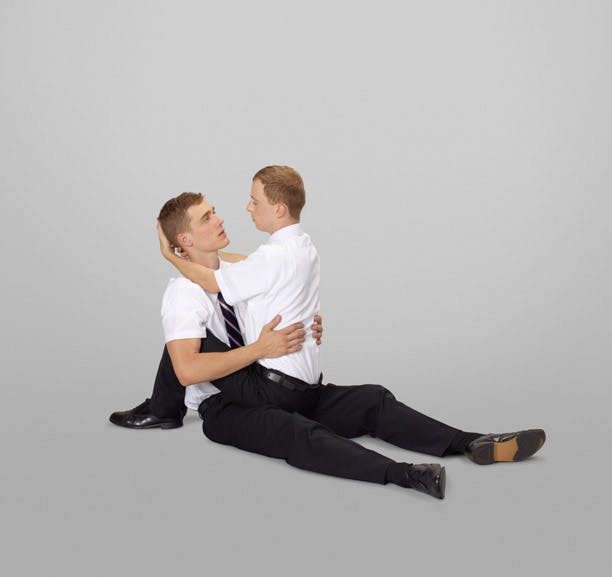 “The timing definitely gives it a political undertone, as the LDS Handbook quote parallels the Republican social position,” the two wrote. “There are a number of unanswered questions surrounding the influence of Mitt Romney’s faith on his political positions.”

The two—in conjunction with producer Shelby Menzel and retoucher Saskia Thomson—have been decidedly mum on the issue since opening the installation on Wednesday, saying that they “wanted to create a conversation with a younger creative audience and to question their view on the position of the Church and same-sex marriage.”

Something that’s quite easy to consider when you’re looking at a photograph of two men intertwined on the back of a bicycle. 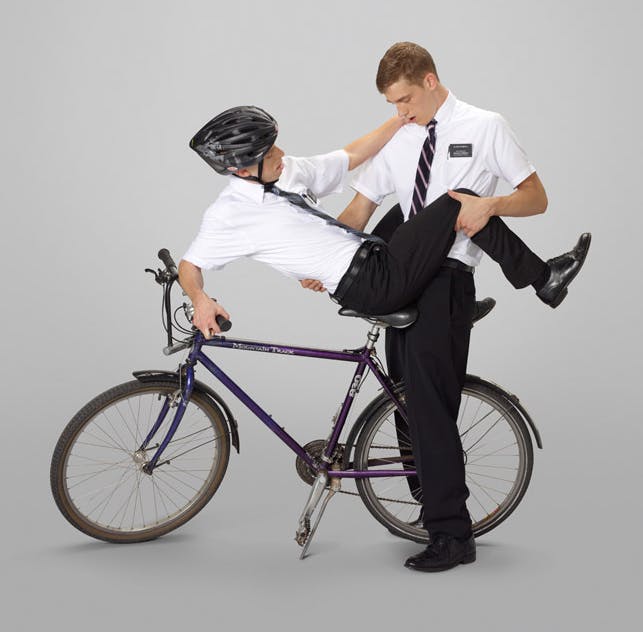