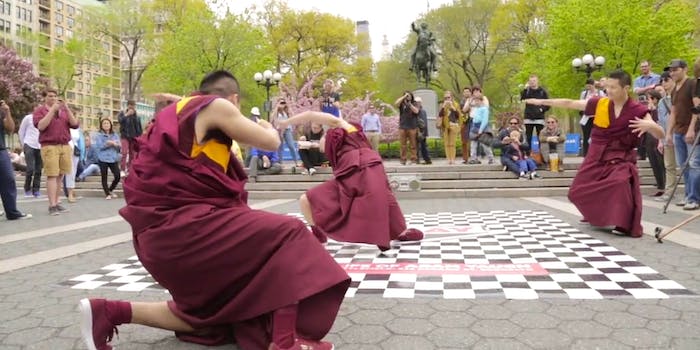 No sleep 'til breakdance.

On Saturday, artists gathered to honor Beastie Boys rapper Adam Yauch for the third annual MCA Day, and a bunch of monks decided to get in on the action.

MCA Day is meant to celebrate Yauch, who died after a long battle with cancer in 2012, with festivities and performances taking place at the Littlefield Performance and Art Space in Brooklyn.

In what may seem as a more unconventional nod by some, four Buddhist monks took to Union Square, the site of the first MCA Day, to put on a tribute to the Beastie Boys by breakdancing to some of their biggest hits.

Some might question whether the dancers are even monks, but one thing’s certain: They sure as hell can dance and put on a show for the crowd. Yauch was a Buddhist and supporter for Tibetan independence, so it seems it’s a fully appropriate celebration of MCA Day.