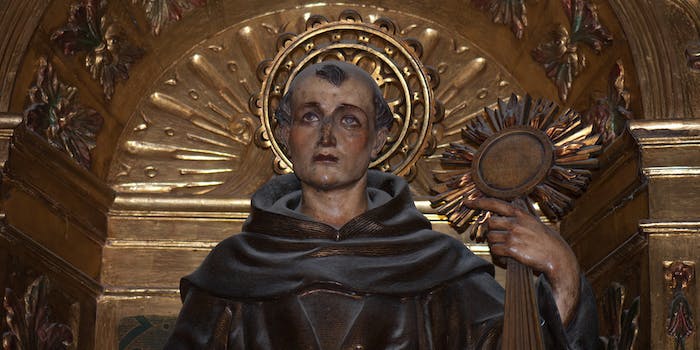 Who says monks can't have a little fun?

The monastic life certainly isn’t for everyone. Between the vows of obedience, poverty, and of course chastity, there are a lot of fun and worldly vices to leave behind. But there is some upsides to placing your life in service of the lord. For starters, there’s eternal salvation. Did we also mention there are tons of kickass snowball fights?

While the video below look like a winter fight that broke out on the ground of Hogwarts, it all actually happened at a monastery in Jerusalem last weekend. A freak snowstorm dumped 10 inches on the country for the first time since the ‘90s, and these Franciscan monks took full advantage by sending compact balls of precipitation flying at each other’s heads.