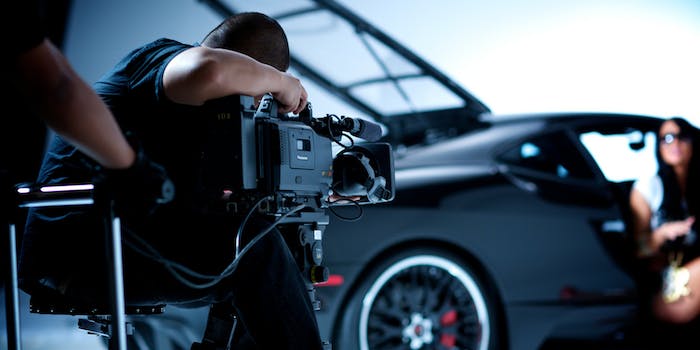 If ever an undeniable truth came from Will Smith’s turn as a rapper, it was indeed, that “parents just don’t understand.”

Case in point, this mom who abruptly interrupted her son’s interpretation of Omarion’s 2010 song “Speedin.” Unfortunately for him, the scene that required the use of her car interfered directly with her need for a pack of cigarettes.

Things go from bad to worse when she realizes that, in an attempt to add a bit of production value and a wind swept look to the shoot, the boys have taken her house fan outside.

For those familiar with Kendrick Lamar, the whole thing seems to be more of a fitting music video for the dominoes skit at the end of “Money Trees” rather than an homage to the work of Omarion.

One thing’s for sure, nothing will kill the vibe of your shoot quicker than an angry mom with places to be.