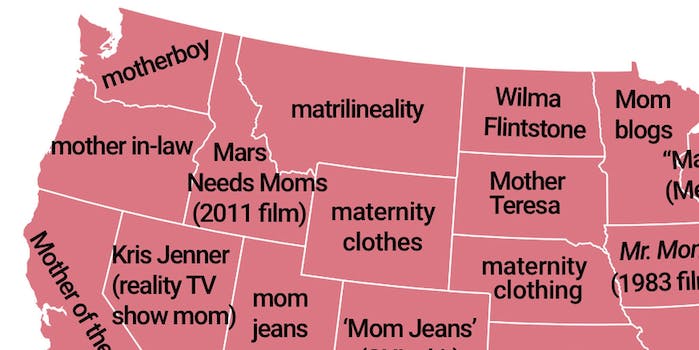 As most of you should be aware, Mother’s Day is coming up, and in honor of the annual celebration, Estately has created a map that shows which mom-related terms each state Googles more than any other state. 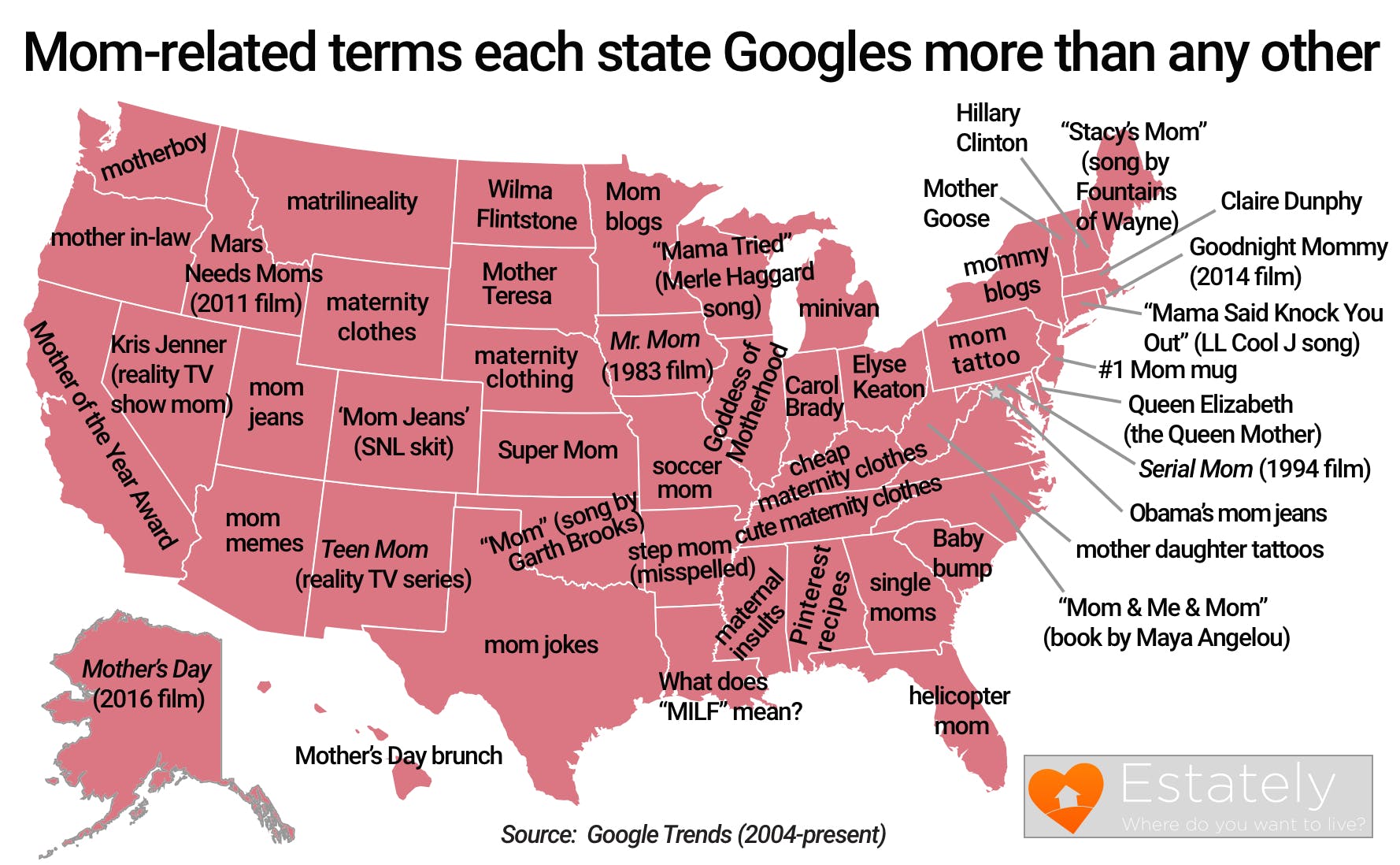