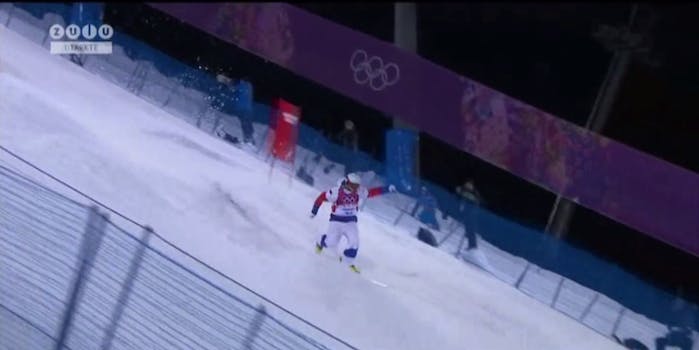 Things get deadly when Hoth hosts the Winter Olympics

A long time ahead, in a continent far, far away, it’s not just the hills keeping Olympians on their toes.

A long time ahead, in a continent far, far away, it’s not just the hills keeping Olympians on their toes.

Thanks to the Danish TV show Natholdet (“Night Shift”), we now have an idea of what the Winter Olympics would look like if they were held on the planet of Hoth instead of Sochi.

For one thing, it doesn’t look good for the skiers.

Not only do they have to deal with ice on the ground, making it harder for them to ski, they now have a couple of All Terrain Armoured Transports (AT-AT) on their tail on this ice hoth trail.

It’s not the moguls that conquered them. It was actually the Galactic Empire—and the commentary just makes it better. Future skiers and snowboarders, watch out.

The GIF version, if you’re so inclined:

And if you like GIFs of skiers getting blown up, try this one, via Reddit. Things at Sochi are taking a dark turn.