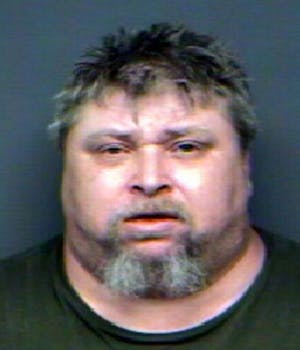 It’s like a scary, political, and sadly true version of Hayes Carll’s “She Left Me For Jesus."

Facebook drama has caused its fair share of court filings, divorces, and the changing of relationship statuses. But this might be the first time a photo of Mitt Romney on the social network has caused serious damage.

Tennessean Lowell Turpin allegedly beat up his girlfriend on July 22, after he found out that she had posted a photo presidential hopeful on her Facebook profile.

But it wasn’t political.

After seeing the photo on the woman’s Facebook, Turpin suspected she was cheating on him. When he demanded to know who the man was, the girlfriend told him that it was Romney, Knoxville News reported.

“Upset at the woman’s ‘attempting to communicate with friends through her Facebook account,’ Turpin jerked her laptop computer from her grasp, smashed the machine into a wall, and then hit her in the face with his fist,” Knoxville News added.

It’s like a scary and sadly true version of Hayes Carll’s “She Left Me For Jesus.”

Turpin is currently being held in Anderson County Jail and has been charged with domestic assault.