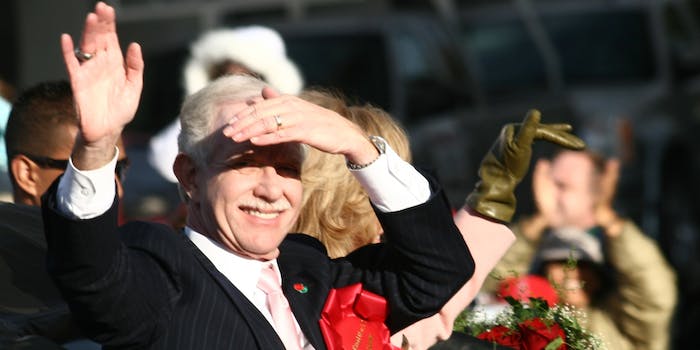 On Jan. 15, 2009, Captain Chesley “Sully” Sullenberger landed a plane on the Hudson River, saving hundreds of lives and pulling off what would henceforth be called “The Miracle on the Hudson.”

The song likens Sherwin’s rap nemeses to the geese that clogged Flight 1549’s engines and almost brought Sully and his passengers down. But like the Captain, Sherwin perseveres. The video, however, is the most surreal interpretation of that event that could have possibly been made.

“Sometimes when jealous haters try to bring me down, I feel like the Chesley Sullenberger of this rap game,” Sherwin prefaces the video.

What follows involves ballet, geese, and hip-hop in a way that I don’t think has ever happened before. Sherwin is a prolific rapper, and this latest YouTube video was created by Steel Wool Entertainment, the production company of popular YouTube rapper George Watsky.

Hopefully Sully sees Sherwin’s rap on the Miracle’s fifth anniversary Wednesday and knows he inspired a beautiful YouTube ballet—and that he makes a very graceful ballerina.