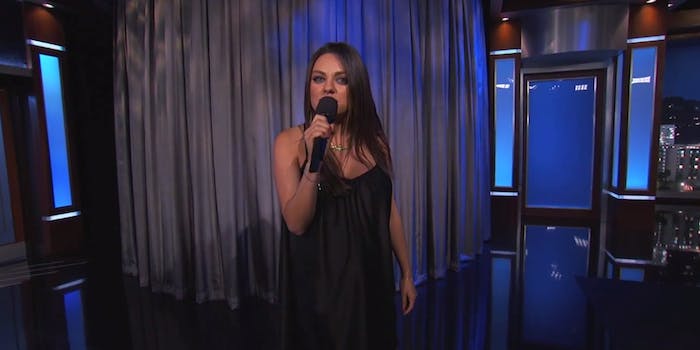 Mila Kunis has a PSA for soon-to-be dads

The mic and the ice cream carton have been dropped.

Mila Kunis has a message for expectant fathers who say “we’re pregnant.”

The actress, who is currently pregnant with her first child, went on Jimmy Kimmel Live, and her pregnancy came up in conversation. And since nothing ever happens organically on late-night TV these days, Kimmel started talking about how he and his wife were pregnant.

The phrase “we are pregnant” might be annoying for plenty, but it was the final straw for Kunis, who was frankly tired enough of men saying they were pregnant when they didn’t have to do any of the work.

Attention dads-to-be. The mic and the ice cream carton have been dropped.