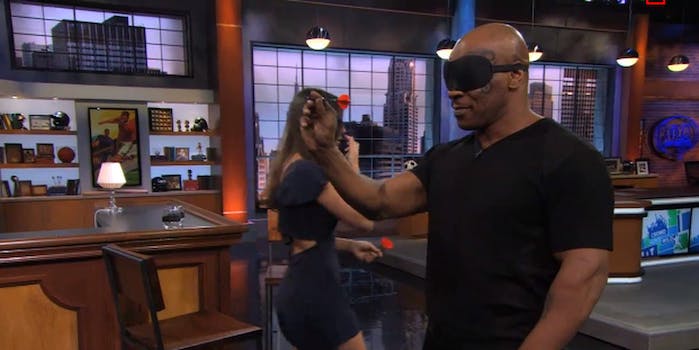 Mike Tyson can beat you in darts blindfolded

Is there anything the former heavyweight champ can't do?

Is there anything Mike Tyson can’t do?

It’s impressive enough that he managed to hit the dart board once while blindfolded, but Tyson pulls off a feat that most casual dart throwers can’t do with both eyes open: a bullseye.

FOX Sports’ Katie Nolan can barely believe what she’s seen, and neither can we.