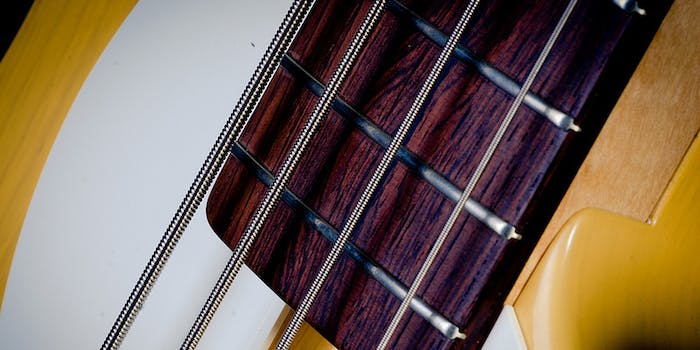 One for the yearbook.

In the annals of cringe-worthy YouTube videos, there’s little so discomfiting as a middle school talent show performance gone awry. When you add Weezer’s “Undone—The Sweater Song” to the mix … well, let’s just say that this is more than enough pathos for one afternoon.

At no point do the kids look overly thrilled about being on stage, but they probably didn’t expect to get outright sucker-punched by fate. Next time, they’ll be sure to hire a roadie.

Kudos to the audience for that smattering of pity applause, which surely didn’t add to anyone’s crushing sense of embarrassment. Still, better than Rivers Cuomo’s recent output.