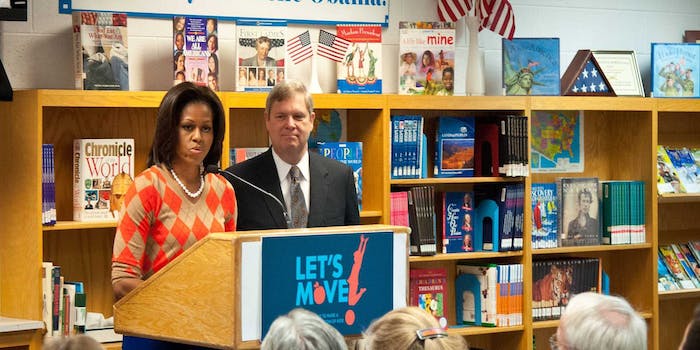 FLOTUS takes to Vine to dance with a turnip

We all underestimated how much FLOTUS loves vegetables.

The White House released a Vine on Tuesday night of the First Lady of the United States of America dancing with a turnip. The dance break was inspired by a question from well known YouTuber and Viner AlphaCat, who often does impressions of President Barack Obama.

The results are nothing short of amazing

Just to clarify, Michelle Obama sent a Vine to a YouTuber who impersonates her husband, and in this Vine FLOTUS dances with a turnip to the tune of summer anthem “Turn Down for What.”

Photo via Flickr/U.S. Department of Agriculture