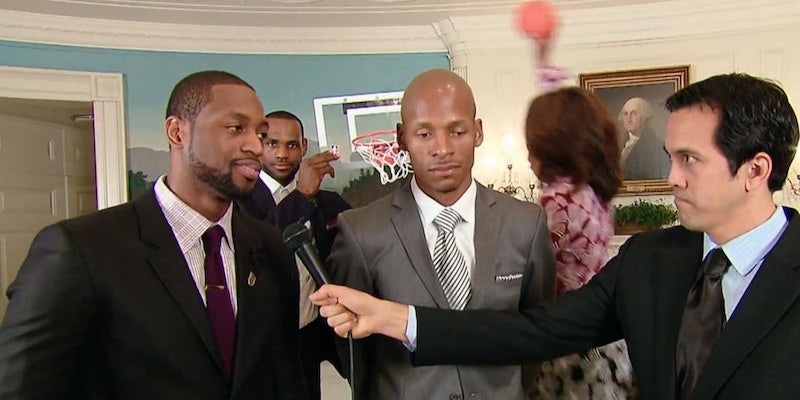 This GIF of Michelle Obama should make SportCenter’s Top 10

President Barack Obama isn’t the only baller in the White House.

Getting the word out about healthy eating with @KingJames, @DwyaneWade, @ChrisBosh and Ray Allen. #LetsMove, pic.twitter.com/7r7w7jxXQS

The Heat have a curious history with photobombing.  In May 2012, center Chris Bosh made Internet history when he appeared out of nowhere during a TNT telecast of an interview with James following a 104-94 playoff victory over the New York Knicks. Here it is again for good measure.