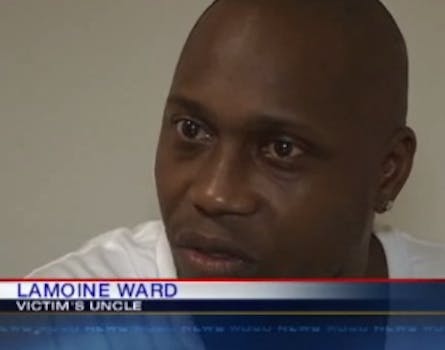 Contrary to the reporting of the mainstream media, YouTubers focused on the glorification of gang life after the recent death of Michael Taylor.

Michael Taylor first made headlines in January when a video of him being beaten by his uncle with a belt went viral. The uncle was exercising some “tough love,” as his nephew was claiming on Facebook to be part of a gang.

Much of the Internet, and YouTube, found the video to be hysterical—until news of Taylor’s death spread. On December 7, 2011, Taylor was shot and killed near his home due reportedly to gang-related violence.

Much of the discussion in the mainstream media centered around whether or not the uncle was right to whip his nephew. In a recent news report, the uncle said he does not regret beating his nephew on camera, but that he “regrets not being part of his life a little bit more after posting the video.”

On YouTube, however, the news sparked thought-provoking discussions on gang violence on the video-sharing sit.

BIGBKELtheGOD called it a “pretty sad story” in his response video, which focused on black-on-black crime. BIGBKELtheGod took particular issue with Stacey Patton’s statement in a Black America Web article where she advocated by beating the boy, the uncle had set up his nephew for “some kind of tragedy.”

“We’ve heard this ‘spare the rod’ talk for the last 25 some years and it’s not working; these youngsters are getting worse,” said BIGKELtheGOD. “I can’t get that out of my mind, that someone would actually blame the uncle. Are these police officers sparing the rod on them? Hell no, they’re not.”

JESUSSWOOPE also took issue with people blaming the uncle in his video response. “The uncle was trying to get this boy to focus on his education and live a more constructive lifestyle,” said JESUSSWOOPE. “Black on black violence is a serious problem in the black community.”

JESSUSSWOOPE went on to say the only way the “black-on-black genocide” can subside is if more men invest more time with their sons or male family members. “There’s too many single black mothers,” he said, a sentiment echoed in many other video responses.

One of the few women to make a response video on Taylor’s death (one of the most popular), lovelyti2002 also agreed the uncle was doing the right thing. “When I heard that [Taylor was killed], I was just like oh my god. … It made me sad because his uncle tried so hard” she said, before adding anyone saying the “whooping” pushed him further into a gang is full of “bullshit.”

Other YouTubers, from markandrobmusic to ButtahBlogs addressed the glorification of gang life, asserting that that’s what drew Taylor in.

“People want to be gangsters and I don’t get why, I don’t see the glory. Don’t glorify something that glorifies killing and stealing,” added Rami22789.

While none of the video responses faulted the uncle for his corporal punishment, some took issue with his decision to publicize the video.

“I don’t disagree with the beating, but he didn’t﻿ have to broadcast it to the world,” commented muadhnate on a YouTube copy of the news report. “It’s a shame what happened with his nephew. This stuff isn’t a game and half these kids think it is. They will kill you, G. Are you really willing to die?”

What’s interesting to note is that all of the video responses on YouTube came from the black community, and none blamed the uncle’s actions for Taylor’s tragic death. Through YouTube, these individuals have found their own outlet to voice their opinions and speak out against gang violence.