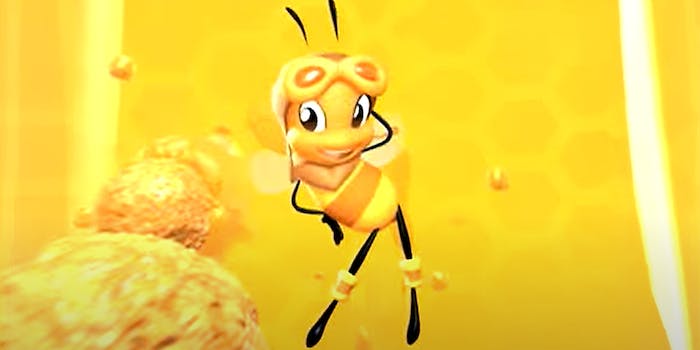 The track is being hailed as the song of the summer. But is it 'mi pan' or 'miel pops'?

If you’re seeing dancing llamas on TikTok, it might be because of “Mi Pan Su Su Sum.” But it allegedly came from dancing bees.

As detailed by StayHipp, the trend started taking off in June, after audio of someone singing what was thought to be “Mi pan su su sum” was used in an animated video from user isterrrrika. Know Your Meme says a remix has been circulating since February. More recently, the TikTok song has been applied to videos of dancing llamas, and unamused alpacas.

Lyrics site Genius posted the verse, but on TikTok, the most popular audio is titled “THIS SONG ISNTT ABOUT BREAD Stop mipansusus,” apparently a reference to the “mi pan” part, though people definitely made it about bread.

The song appears to be more popular with Spanish speakers on TikTok, as well as “alt” TikTok. But as Vice points out, it originated in Russia; a 2010 commercial for honey-flavored cereal Miel Pops includes a jingle with the same cadence, though the lyrics are a little different. That might explain why the original poster’s TikTok includes a caption in Russian. There is also a French version.

It is catchy, though. Maybe a little too catchy. The song has been memed on Twitter, but people are also divided on whether it is good or bad.

There has been some clarification on what the lyrics actually are, though. Washington Post editor Tanya Sichynsky said that as a Cuban and a Ukrainian, she is “uniquely qualified to dunk on every tiktok teen who insists the lyrics are ‘mi pan.’ THE SONG IS IN RUSSIAN.”