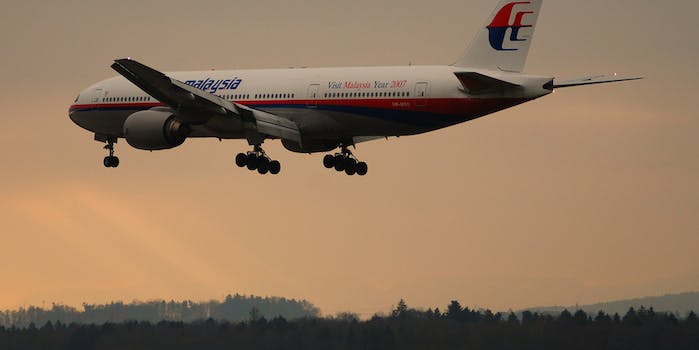 Cor Pan and Neeltje Tol were just setting out on vacation.

We all have ways of coping with the indignities and stresses of air travel. Some people drink, some people take Klonopin, and some make morbid jokes about how the plane is going down.

That last strategy, should some disaster really befall the flight, results in comments that look prophetic in hindsight. Cor Pan, a Dutch man who appears to have been a passenger on the Malaysia Airlines plane shot down over Ukraine on Thursday, posted a photo of the Boeing 777 before boarding at Schiphol Airport in the Netherlands. The caption translates, per a World.Mic report, to “in case it goes missing, here is what it looks like,” a fairly tasteless reference to Malaysia Airlines flight 370, which vanished without a trace over Southeast Asia in March.

Pan was reportedly traveling with his girlfriend, Neeltje Tol, on vacation. The pair owned and operated Neeltjie’s Flowers, a florist business. Among the other 296 people killed when MH17 went down were three infants, 15 crew members, and some 100 of the “best and brightest” AIDS researchers, scientists, and activists, en route to a conference in Melbourne, Australia.