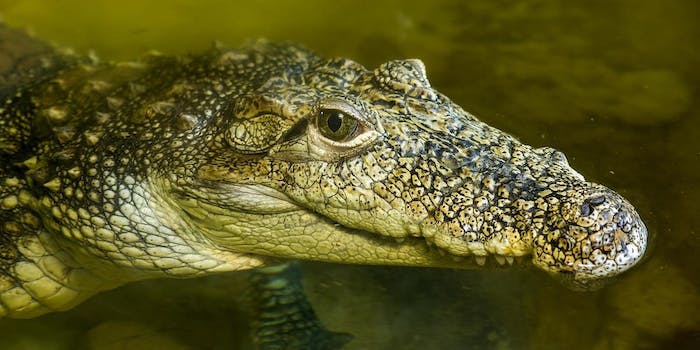 Newlywed crocodile tells us about her wedding with Mexican mayor

While other villages were rocking around the clock, the people of the Mexican fishing village of San Pedro Huamelula were hopping and bopping to the Crocodile Rock, as they say.

In symbolic tradition honoring the “princess of the waters,” Mayor Joel Vasquez Rojas married a crocodile in a ceremony attended by hundreds of the town’s fishermen. To the people of the village, the crocodile is said to have power over all the waters and can bring prosperity to the region.

“Someone had told me Oaxaca was nice, but, like, I didn’t know how nice,” Suzie the Crocodile told me a day after the ceremony. Suzie said she had made it to San Pedro Huamelula on a backpacking trip with her fellow college mascots. “Like, I love Florida, but we needed a break this summer. So I called up [Sir Big] Spur [the South Carolina Gamecock’s mascot] and Otey [the Possum, mascot for the Arkansas Travelers].”

Suzie had no idea how well-regarded her species was in the Oaxacan fishing village. “It was just so much like my coming-out party,” she recalled. “The put me in this gorgeous white wedding dress. Everything was just so, so… perfect.”

After the ceremony, the villagers let Suzie go on her way.

“I don’t know if, like, I can bring their community the rain they need, or whatever, but I’m glad I could just brighten up everybody’s day.”

And what did their friends think of the festivities?

“Oh, they couldn’t make it. I ate them in Laredo.”