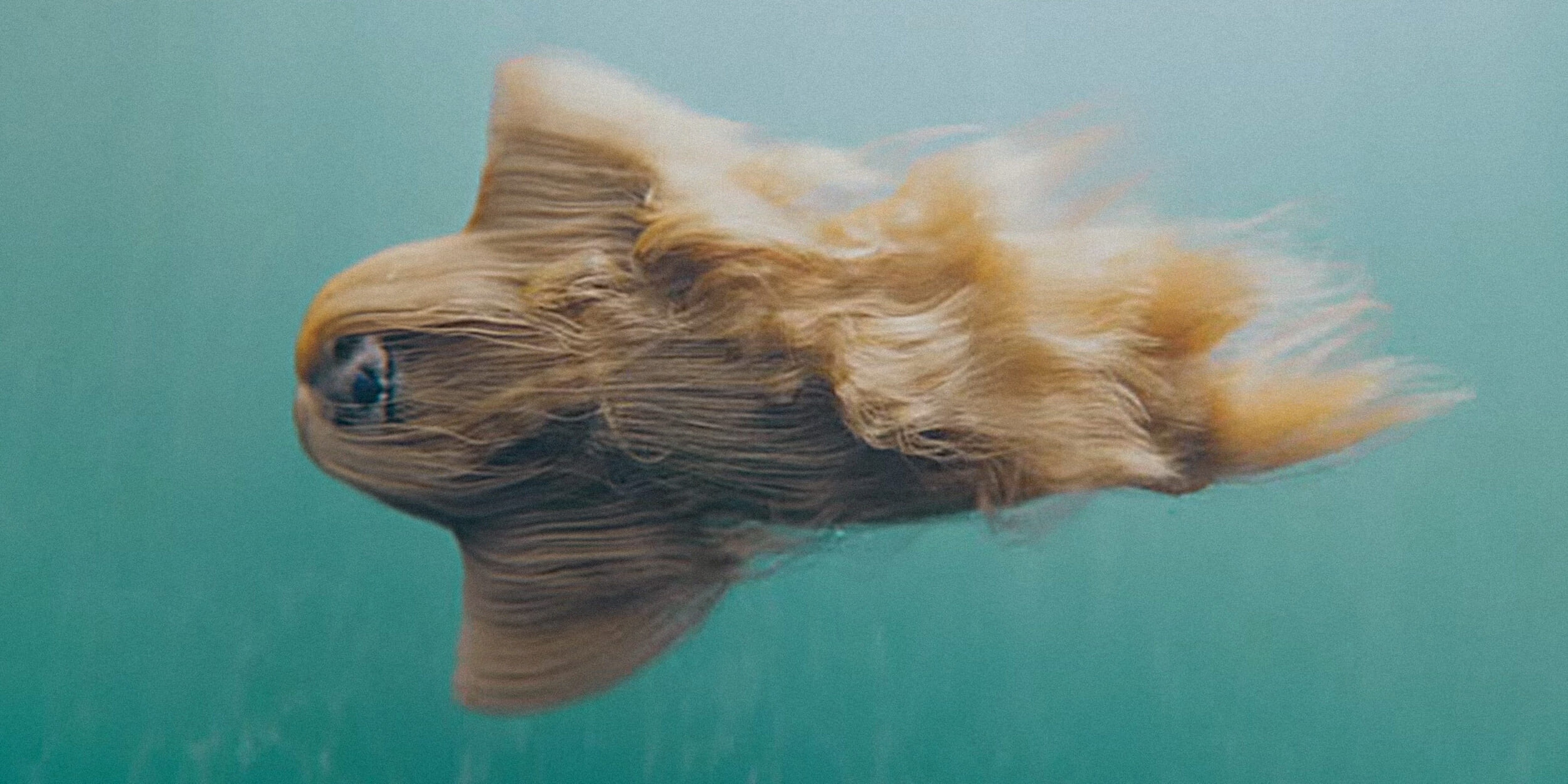 That viral ‘mermaid dog’ video was too good to be true

Spoiler alert: it's not a real animal.

It seemed too good to be real. A hairy creature, which some people guessed was an afghan hound, effortlessly floats underwater and moves its arms with the grace of a ballet dancer. It’s pure euphoria, captured in a video that lasts only a few seconds.

When Klarna, a tech bank with a focus on online shopping, posted the video to its Instagram account on Sept. 17 with the caption, “When you’re swimming into the weekend like… #noworries,” many people assumed it was a video of a real animal swimming in a pool. Or maybe they just wanted to believe.

“People have emailed us saying they want one and asking where they can get one,” David Sandström, chief marketing officer at Klarna, told the Daily Dot.

Unfortunately, the creature in the video, which actually looks more like a Wookiee than a dog, does not exist. It’s an animation that is part of an ad campaign for Klarna, which is trying sell people on the company’s “smooth” payment system. The company has produced numerous videos that depict a “smooth” action. Another video shows a fish gliding down a slide—which led to concerned people contacting Klarna because they thought the fish was being tortured, Sandström said.

The swimming creature video was actually first published on Klarna’s YouTube channel a year ago, but the video didn’t become a viral hit until it was shared on Instagram. Then people started sharing it on Twitter, and it blew up across the internet. Cosmopolitan dubbed it a “mermaid dog.”

One Twitter user, who shared the video and amassed more 52,000 retweets, quickly realized that the video was actually an animation.

This underwater afghan hound is the funniest thing I've seen in my life via @klarna pic.twitter.com/ORKEeV9oLx

It was only after the tweet blew up (and watching it 100 times) I figured it's probably cgi. I have once again filled the internet w lies.

There were some obvious signs that the video was an animation. First, the way the creature moves its arms is not physically possible for a dog. Second, there are no bubbles indicating a living, breathing being. And the hair, well, it’s way too nice. But this is how viral content works on the internet: Share first and figure out the facts later. If something seems too funny or amazing to be real, it probably is. (See also: teacher in the ceiling meme.)

The concept for the video originated after Sandström and his team were trying to think of the smoothest things possible to feature in a video ad. They eventually landed on the idea of a creature floating underwater. “The hair was a big, big part of it,” he said.

Sandström said that Klarna is thrilled that its video went viral. “My team is super excited about this. We’re really happy that people are sharing it.”

But what exactly is the creature featured in the video? Sandström said it’s intended to be a mystery.