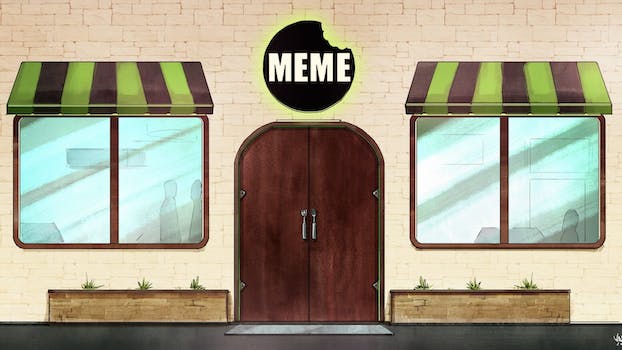 It's hard to be earnest on the internet.

It’s easy to picture a meme-themed restaurant becoming a reality. There are already a ton of absurd trends in the food and beverage industries—like lady-branded Scotch and Salt Bae. So when a Kickstarter page for a restaurant with dishes built around popular memes launched on March 10, many people took it seriously. The concept sparked a lot of anger and hate from the internet. The first comment on the project was, “This is a terrible idea.” A second commenter wrote, “I only pledged to see how badly this project will eventually fail.”

After the “Meme Restaurant” raised only $6.66 out of its $350,000 goal, the creators canceled it on March 13. The amount was deliberate—three backers donated small increments until it reached $4.20, and then $6.66, joke references to weed and the devil, respectively. These kind of reactions are typical on the internet, and they are relatively harmless. But in private messages and e-mails, Catriona Crehan, who designed the concept for the Meme Resturant with her teenage brother, said the responses were far more malicious.

“Messages came in and said, ‘kill yourself,'” Crehan told the Daily Dot in a phone interview.

After that, Crehan said she shut down the project. She told people on the internet that the whole concept was a joke in an attempt to stop the harassment. But the project was not initially conceived as a joke. It was an earnest, real project.

Crehan’s younger brother, who is autistic, really wanted to create a restaurant built around memes. So Crehan, who is 25, helped him set up the Kickstarter page. “He was really proud of his project,” she said.

The mock-up menu included items such as a Tide Pod Shake, Cash Me Ousside Street Tacos, and Covfefe Coffee. The description for the restaurant said that it would offer a “family friendly environment, with everyone of all ages welcome (although we’re sure the YA/Teen crowd will enjoy it the most).”

“Our goal is to make this a place for everyone to come together,” the Kickstarter description says. “To enjoy making memes, good food, and share some laughs with strangers!” The Califonia-based sibling creators even added that their “family comes from a long line of chefs and restaurant owners.”

The Kickstarter page also included a video that claimed the Meme Resturant would be a “place for the geeks, the internet lovers, and the humor appreciators.” The video, and especially that line, was mocked across the internet in the few days that the Kickstarter page was active, appearing on the subreddit /r/shittykickstarters and Penguinz0’s YouTube channel, which has over 2 million subscribers.

Penguinz0 is known for his sardonic commentary, and in his video about the Kickstarter, he clearly has fun roasting the concept of a meme restaurant. The video was published the day before the Kickstarter project was canceled, and it has received more than 300,000 views.

“What the fuck do you mean by ‘humor appreciators?'” Penguinz0 says in the video. “That’s one of the dumbest terms I’ve seen being tossed around in quite some time. It sounds like a failed job position.”

“It’s a horrible idea,” he says at another point in the video.

Mocking Kickstarter projects (or anything that appears on a crowdfunding site) is nothing new. When people put an idea on the internet, it’s pretty much guaranteed that others will judge and criticize it. But Kickstarter’s community guidelines ask that users be respectful and simply “move along” if they see a project that they don’t like on the website. The company also has an integrity team that reviews violations of the community guidelines.

“We wish the creators of this project had let us know about the messages they received,” a Kickstarter spokesperson told the Daily Dot in an e-mail. “We didn’t hear from them, and they canceled the project on their own. The Integrity Team is now following up on the messages in question.”

The people who mocked the “Meme Restuarant”—and those who sent harassing messages to the creators—likely did not know that it was a teenager’s idea. The “about the creator” section of the Kickstarter page describes the creators as siblings with a 10-year age difference. Or perhaps people gathered that one of the creators was a teenager and didn’t care. Either way, the project brought out the worst of the internet.

Crehan and her brother are not currently planning to develop a real restaurant built around memes. But if someone wants to create a similar establishment in the future, they better be prepared to face the wrath of online commenters.